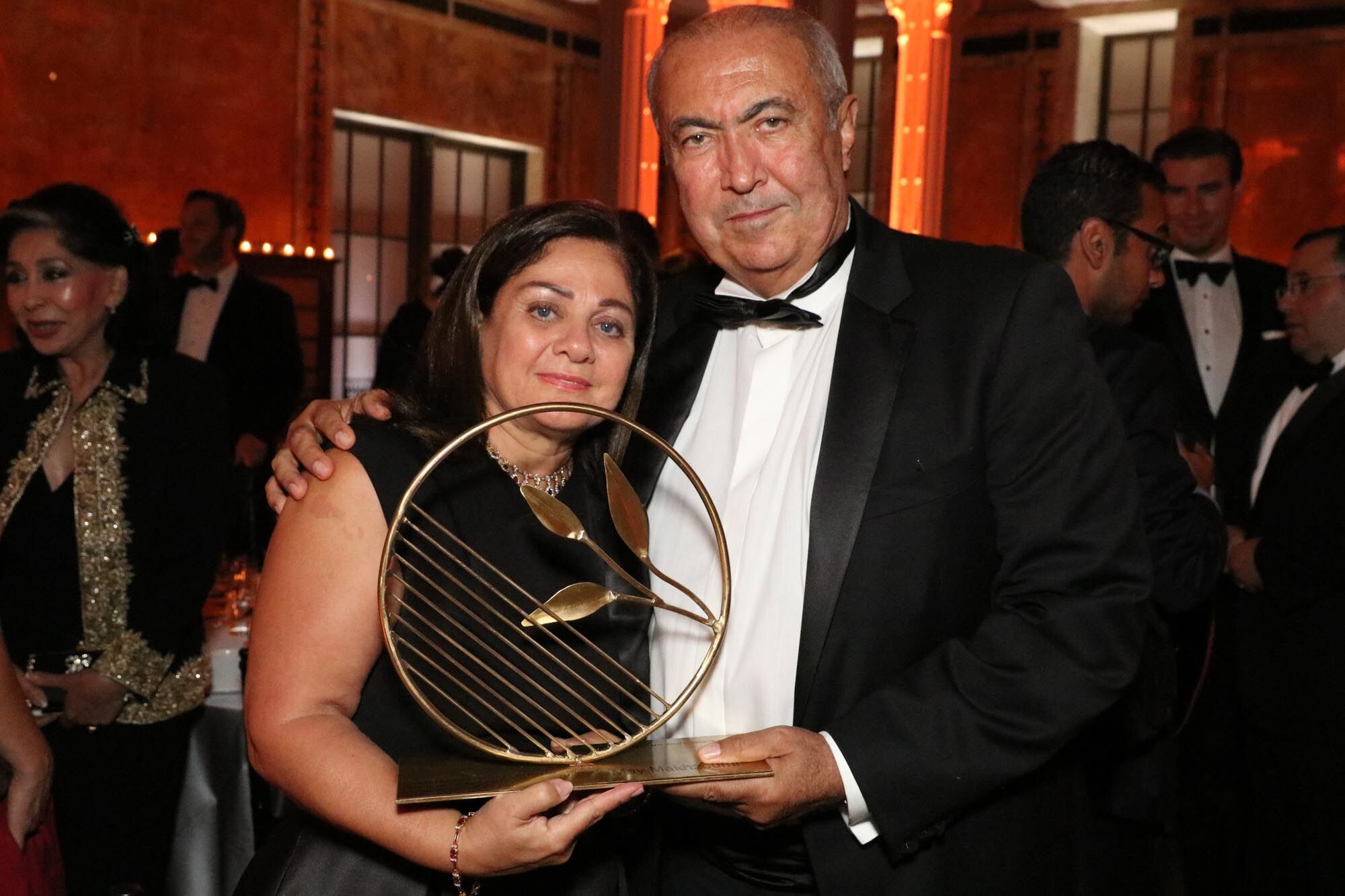 The Global Hope Coalition and Leadership Summit 2017, under the patronage of UNESCO, selected Makhzoumi Foundation President, Mrs. May Makhzoumi, to be among the heroes involved in the global campaign against violent extremism and intolerance.

Mrs. Makhzoumi was honored in view of her achievements and the works of Makhzoumi Foundation, which was established in 1997 to empower the Lebanese community, especially the most vulnerable groups.

Since 2011, Makhzoumi Foundation has supported Syrian refugees in partnership with UNHCR, UNICEF, UNDP, UNESCO, the European Union and other international organizations.

The award ceremony was held on September 18, 2017 at the New York Public Library. Mrs. Makhzoumi gave a speech acknowledging the international organization for her nomination and paid tribute to her “life partner” and her great supporter, Dr. Fouad Makhzoumi, and her late son Rami for his efforts in fighting terrorism through youth participation in action for peace and tolerance.

Dr. Fouad Makhzoumi, the Honorary President of Makhzoumi Foundation, chaired a panel discussion on “Cultural Heritage under Attack: How to resist?”

The event was organized by Global Hope Coalition during the opening week of the UN General Assembly to honor the selected personalities. And this in the presence of more than 450 prominent personalities among world’s leaders, heads of international organizations and leading figures in the academic, cultural, commercial and media fields, led by the presidents of Mali, Ibrahim Boubekar Kaita, Bulgaria, Roman Radev, Ghana, Nana Akufo Addo, Malta, Marie-Louise Collero Perica, and by the prince of Morocco, Rashid al-Hassan, the Iraqi Foreign Minister, Ibrahim al-Jaafari, the former British Prime Minister, Tony Blair, the former United States First Lady, Laura Bush and UNESCO Special Envoy Forrest Whitaker.