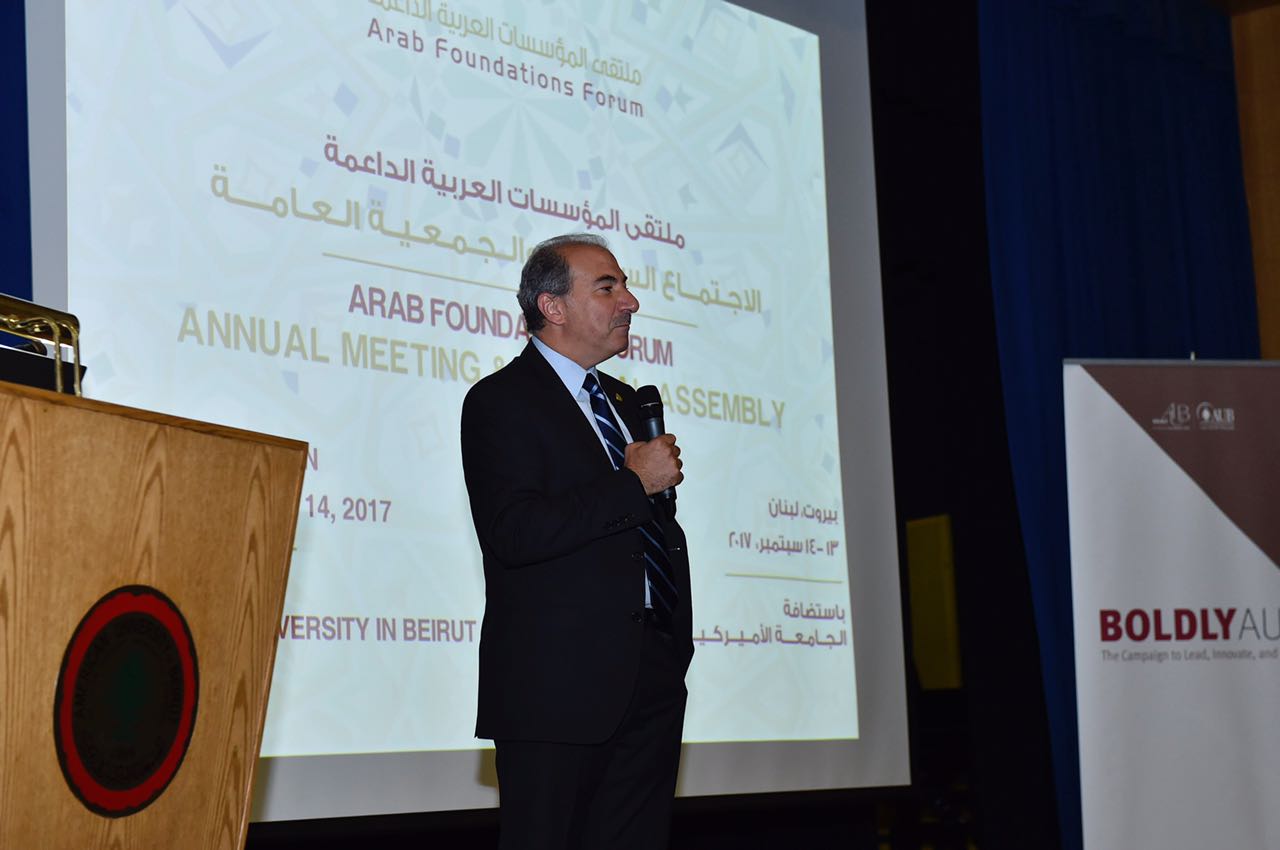 Makhzoumi Foundation, being a founding member and current Board of Directors member in the Arab Foundations Forum (AFF), took part in the Forum’s Members’ Annual Meeting and General Assembly 2017 held at the American University of Beirut, on September 13 & 14, 2017. The meeting focused on youth coalition and data coalition, two key initiatives launched by AFF to address critical needs in the Arab region.

The Arab Foundations Forum (AFF) is a not-for-profit membership-based association of philanthropic foundations in the Arab region. It serves as a hub for networking, knowledge sharing and capacity building for its members and partners. It aims to foster dialogue and collaboration opportunities amongst its network in order to bolster the capacity and efficacy of strategic philanthropy in the Arab region.

The two day meeting included an all-day members’ meeting with speakers and activities tailored to its membership; while the second day was devoted to the General Assembly and Board elections.

Within this context, Makhzoumi Foundation organized a welcoming dinner at Coral Beach Hotel.