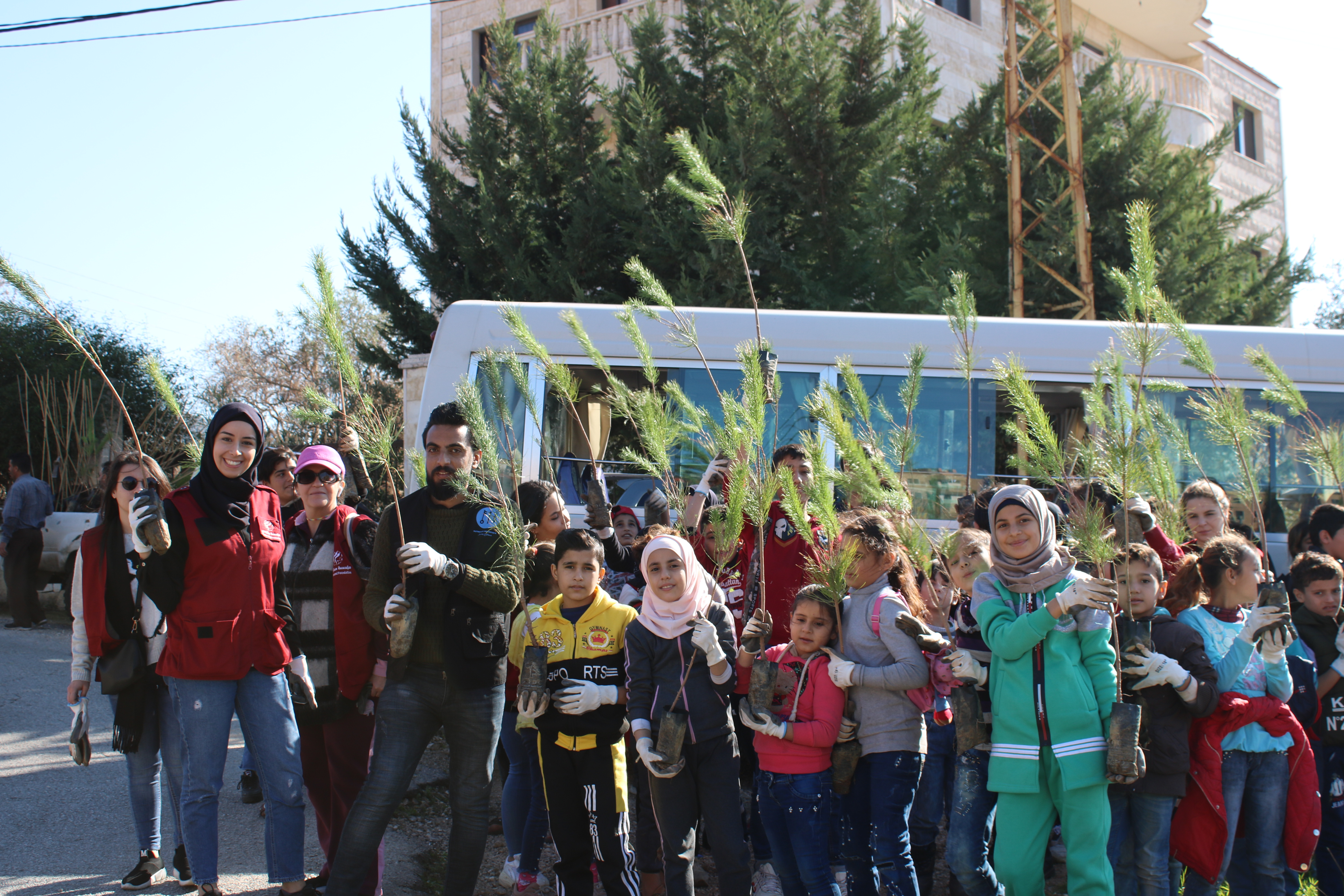 After the fire waves that hit Dibbiyeh Area earlier this year, many trees were burned, and large green aareas were lost!

Makhzoumi Foundation took the initiative, funded by the United Nations High Commission for Refugees UNHCR, and in partnership with Dibbiyen Municipality, and Forest wealth and development organization, to re-afforest the affected area, under the title “To keep Lebanon Green”!

On the 23rd of December 2019, 33 Children joined the afforestation activity, to educate them on the importance of such initiatives, and raise them on being effective members of the society.

Another successful, Bi-goals event was implemented!