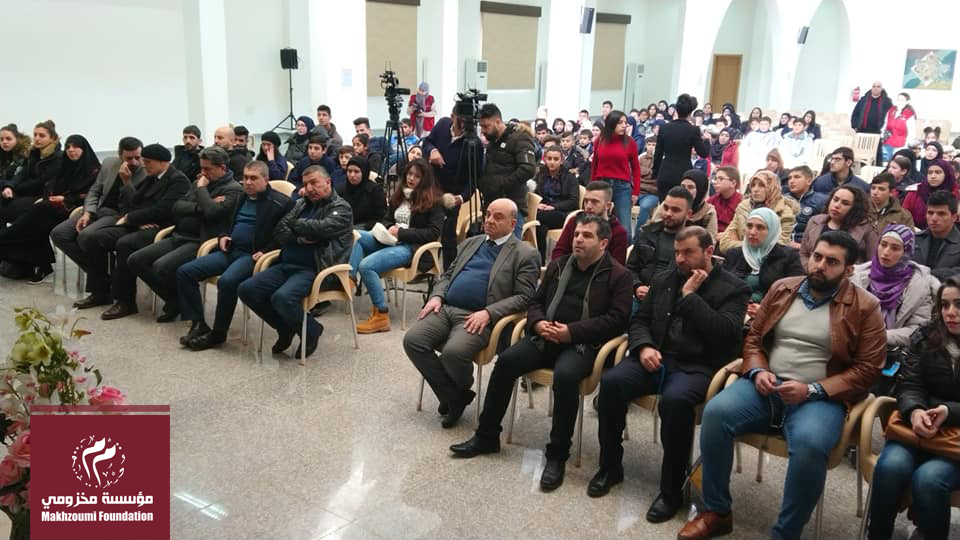 Makhzoumi Foundation, in partnership with ITLS, launched the Lebanese Microsoft Office Specialist MOS Championship 2019 at the center of the Union of Municipalities of Baalbek.

Yara Haidar gave the speech of Makhzoumi Foundation, saying: “Humanity in its history knew the basis for its rise and its glory with education. And so history showed that ignorance caused the demolition of the civilizations. And when the previous nations had realized this fact, they made their interest in education a need for life, also the heavenly religions made education as a religious obligation and legitimate demand.

Haidar Also said: “In our belief, MP Fouad Makhzoumi founded his charitable foundation headed by his wife Mrs. May, for more than twenty years, throughout Lebanon, where it has provided, and continues to provide, a wide range of services through health care program, micro-credit program, development program and the vocational training program, which includes a variety of specialties, distributed in the following academies: beauty, languages and technology. At the end of each course, the students receive certified degrees from the Ministry of Education, which opens doors for them to embark on a new march, and our courses continue throughout the year.”

Haidar also assured that “Makhzoumi Foundation has its doors always open for any project or idea that leads to the development and education of the community, and for that, the foundation was the first supporter and partner with “ITLS” and the Ministry of Education, in the Microsoft competition, which we meet today under its title, and your participation today is the biggest evidence for our faith and confidence in you, the owners of the capabilities and energies that we count on, and we believe in a better future, hoping to be the winner this year will be from our region.”

At the end, the project manager of the Microsoft Office Specialist Championship at ITLS, Imad Shmaytelli, gave a presentation on the project and its scientific significance.