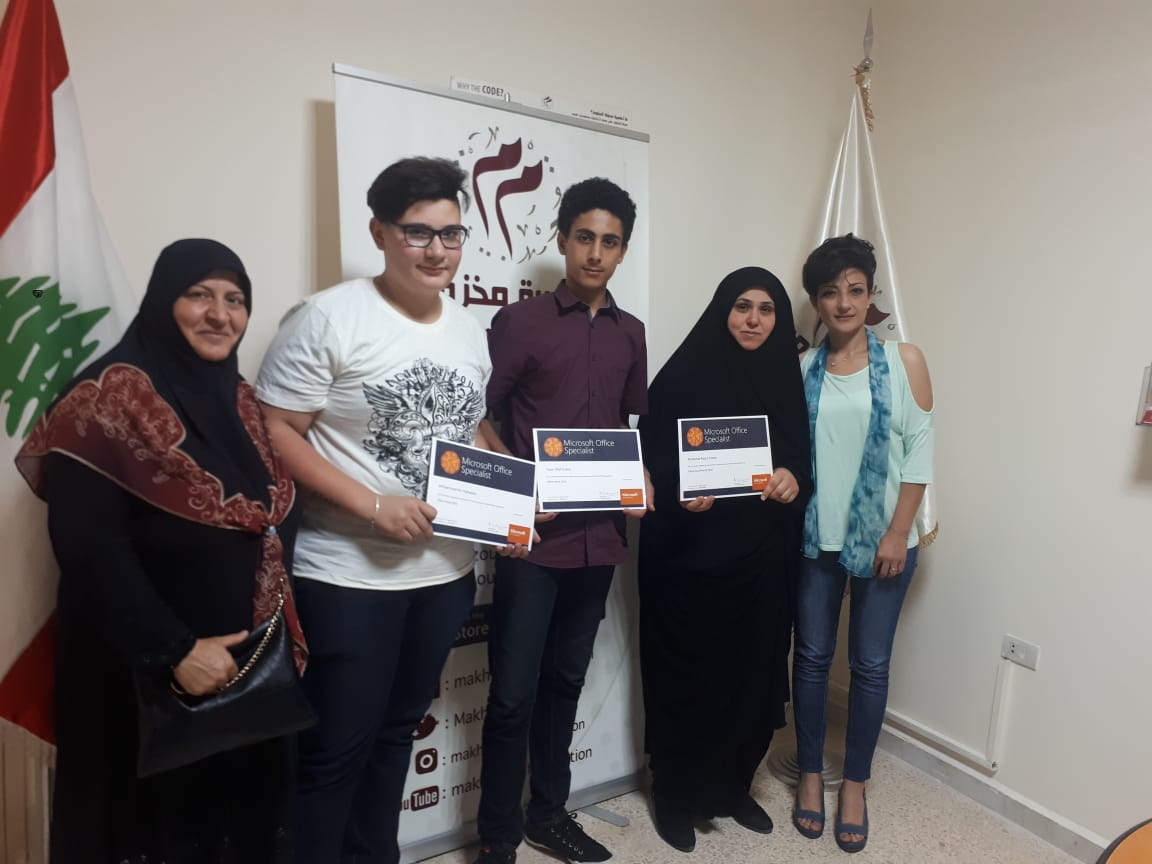 After a number of students from Baalbek-Hermel schools and universities participated in the Microsoft Office Specialist Championship at Makhzoumi Foundation Center in Baalbek, and the winners participated in the Lebanon Championship, Microsoft certificates were handed to the successful candidates in the first exam in the Baalbek-Hermel governorate.

The students were received at the Makhzoumi Foundation Center in Baalbek to congratulate them and deliver their certificates. The students are Yazan Akef Al-Zein, Mohammad Ali Al-Haj Hassan, and Mohammed Raouf Samaha.

To be mentioned, the national winners represented Lebanon at the Microsoft World Skills Championship in New York City, after they won the local championship, which was attended by more than 3000 students between the ages of 13 and 22 years, during which each school culminated its heroes in the categories of Word, Excel, and the winners competed at Microsoft Lebanon for the final exam.