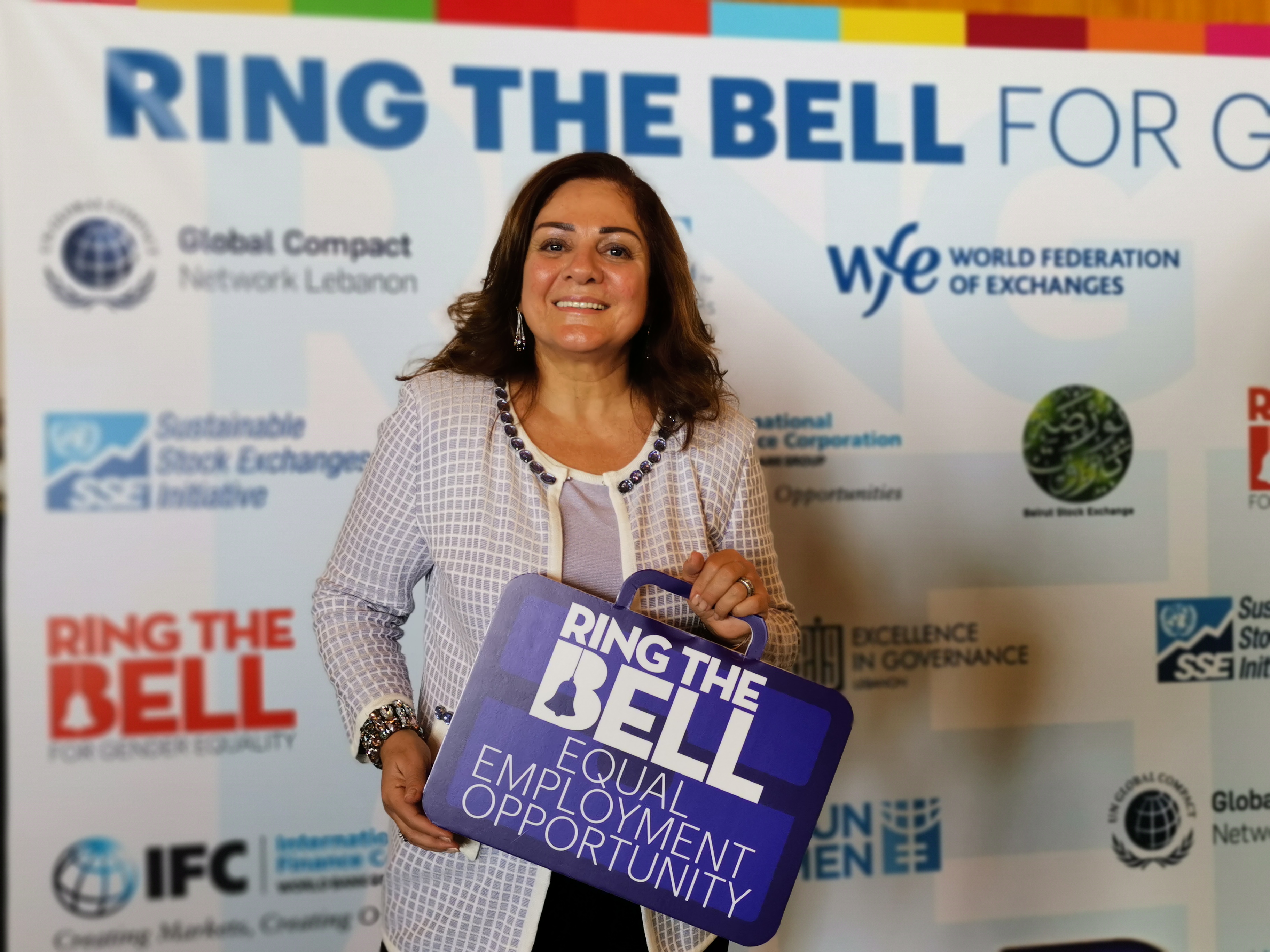 In celebration of International Women’s Day, corresponding to 8 March each year, Beirut Stock Exchange organized “Ring The Bell for Gender Equality” event, in cooperation with the Global Compact Network in Lebanon (GCNL), the United Nations Commission for Gender Equality and Women Empowerment in Lebanon UN Women, the International Finance Corporation IFC and the Canadian Embassy, under the patronage of Prime Minister Saad Hariri, at the Yacht Club in Beirut.

The president of Makhzoumi Foundation, and member of the National Commission for Lebanese Women, and the leader of the fifth goal of the sustainable development goals Mrs. May Makhzoumi participated in this event, along with the president of Women in decision-making positions Association in Jordan Mrs. Iman Al-Daman, and the executive manager of Skills institution in Norway Gina Lund.

During her discussion, Mrs. Makhzoumi spoke about her career and her personal experience in establishing gender equality through her work at Makhzoumi Foundation, and the National Commission for Women’s Affairs and others, and her work as the leader of the fifth goal of sustainable development goals. Mrs. Makhzoumi also stressed that gender equality is a human right and covers all aspects of life, whether for working women or housewives.

At the end of the ceremony, a group of businessmen, influential and decision-makers signed the Women’s Empowerment Principles, committing them to apply these principles effectively, translating words into action. Then the attendees rang the bell for gender equality, to raise awareness about the pivotal role that the private sector can play in promoting equality, to achieve sustainable development goals and to raise awareness of the principles of women’s empowerment.