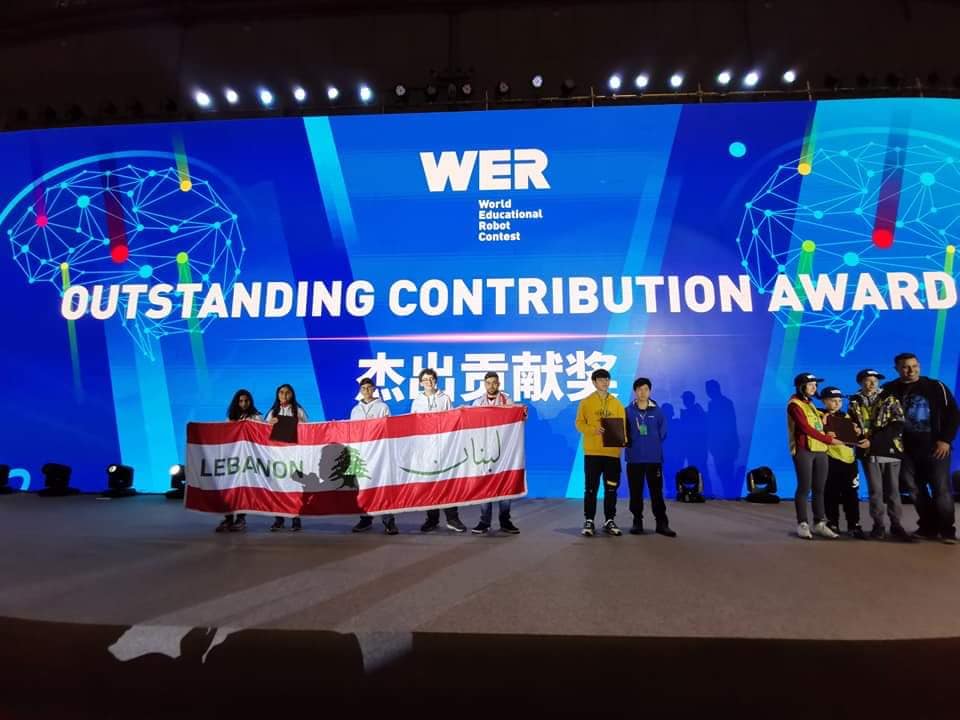 A new achievement was registered for Lebanon, despite all the difficult circumstances and the stage during which it passes. The Lebanese team participating in the World Educational Robotics Contest, which was held in Shanghai -China on the 14th and 15th of this month, won several awards, medals and titles after receiving training from The Little Engineer, with the support of Makhzoumi Foundation, as a strategic partner in education, and the Makassed Philanthropic Islamic Association.

The Lebanese team, consisted of the students Rein Al-Halabi, Diane Itani, and Khalil Dandashli – from Ali Bin Abi Talib Al-Makassed College – and the student Firas Al-Sebaali from Broumana High School, traveled to participate in the WER 2019 competition in China.

The Lebanese team won several awards and titles: the shield of the best team in the outstanding contribution to this competition, the second-place cup for Middle East teams, four silver medals representing the second place for the Brick Series category (3 + 4) for the Middle East region, a shield that distinguishes the organizing committee from the Lebanese Republic for the competition, the Best Educational Institution for Robotic Sciences (for the Little Engineer Company).

Once again, the Lebanese students succeed in presenting the best image of their country, while the Little Engineer Company, Makhzoumi Foundation, and the Makassed Philanthropic Society have not lost sight of supporting these students and strengthening their skills in one of the most important educational fields to which the future is heading “Robotics’ Sciences”.