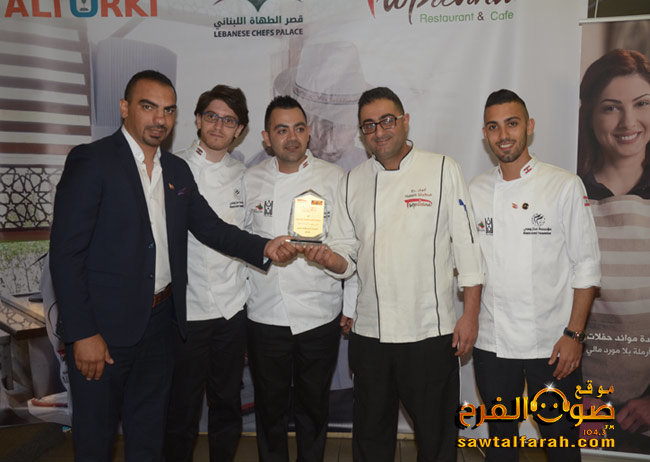 Makhzoumi Foundation supported the International Festival of the Golden Chef of 2018 in Sharm El-Sheikh and Lebanon won the international golden medal through its champion team: Amer Nasser, Iyad Al-Hout and Ahmad Fakih who did the innovative sweet dish.

Lebanon was invited to participate in the 2018 International Festival of the Golden Chef in Sharm El-Sheikh through the Lebanese Chef’s Palace.

This participation was approved by the Lebanese Ministry of Tourism and supported by Makhzoumi Foundation. The participation of the Foundation’s students in the competition was done under the supervision, consultation and training of the Lebanese Chef’s Palace. The aim of the mission as a Lebanese team was to get the golden place. On May 20, 2018, the Lebanese team returned with the gold medal for beloved Lebanon as promised.

On May 29, 2018, a ceremony was held for the return of the Lebanese champions at the Tropicana restaurant in the city of Tyre. Makhzoumi Foundation team was honored with the Golden Shield, represented by Mrs. Suheir Al-Zarif for supporting and playing an active role towards the achievements of the Lebanese labor force. A video about Makhzoumi Foundation and its active role in civil society was also shown, which brought great joy and admiration to the audience.