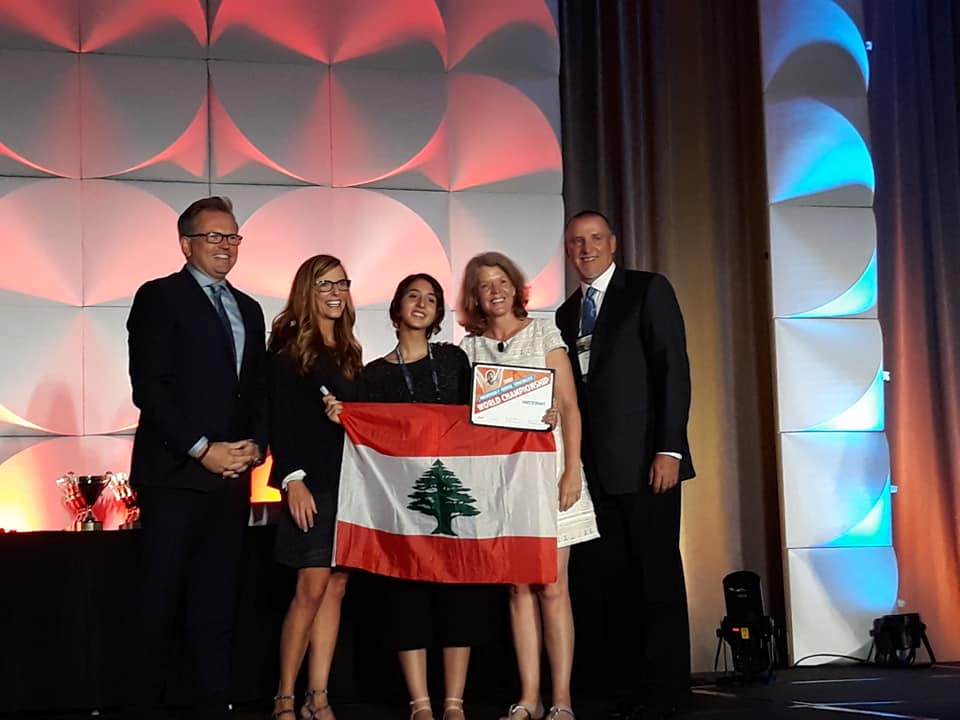 Sponsored by the Ministry of Education and Higher Education, and in collaboration with Makhzoumi Foundation, Information Technology Leading Services ITLS launched Microsoft Office Specialist Championship (MOS Lebanon), in the presence of the representative of the minister of education and higher education Mr. Marwan Hmade, director of secondary education Mrs. Jamal Baghdadi, and Mrs. May Makhzoumi, president of Makhzoumi Foundation and member of the national commission for women affairs, and representatives of Microsoft, Certiport, ministry of education and higher education, principals and professors of private and official schools, and members of the educational corps.

The ceremony began with the national anthem, and the words of the heroes of last year championship in Lebanon, Yasmin Haj and Lama Arab, through which the expressed the added value they gained by participating in this contest, on both personal and academic levels. After that, Imad Chemaytili, project manager of MOS Lebanon, delivered a speech explaining the objectives and details of the tournament, which is expected to involve more than 100 schools and universities from different regions of Lebanon, where students aged 13 to 22 years old will compete for Microsoft Word, Excel, and Power Point skills, to qualify the local champions’ for the national championships to be held in April 2019, in order to qualify students for each category to represent Lebanon in the World Championship, which will be held in New York City, USA, summer of 2019.

On the technical level, Mr. Mazen Bou Aliya, representative of Certiport in Lebanon, spoke about the importance of these exams for the students, and expected the participation of more than 10,000 students this year. In the same context, Tarek Al-Basha, Executive Director of ITLS, spoke of a similar tournament that will be held for the teachers.

Mrs. May Makhzoumi also approached the importance of investing the energies of youth, especially in the technology sector, pointing out that the future of Lebanon lies in the energies of its youth and young people, in addition to the need to develop methods of education, to keep pace with global development.

The Ministry of Education, through Ms. Jamal Baghdadi, cited the importance of this competition and urged all educational centers to participate in this national competition.

The ceremony was concluded by presenting the championship’s cups to the Ministry of Education and Makhzoumi Foundation, in recognition of their key role in supporting this initiative since its launch last year and until this year.

Despite all the circumstances… MOS Championship continues!
29/07/2020