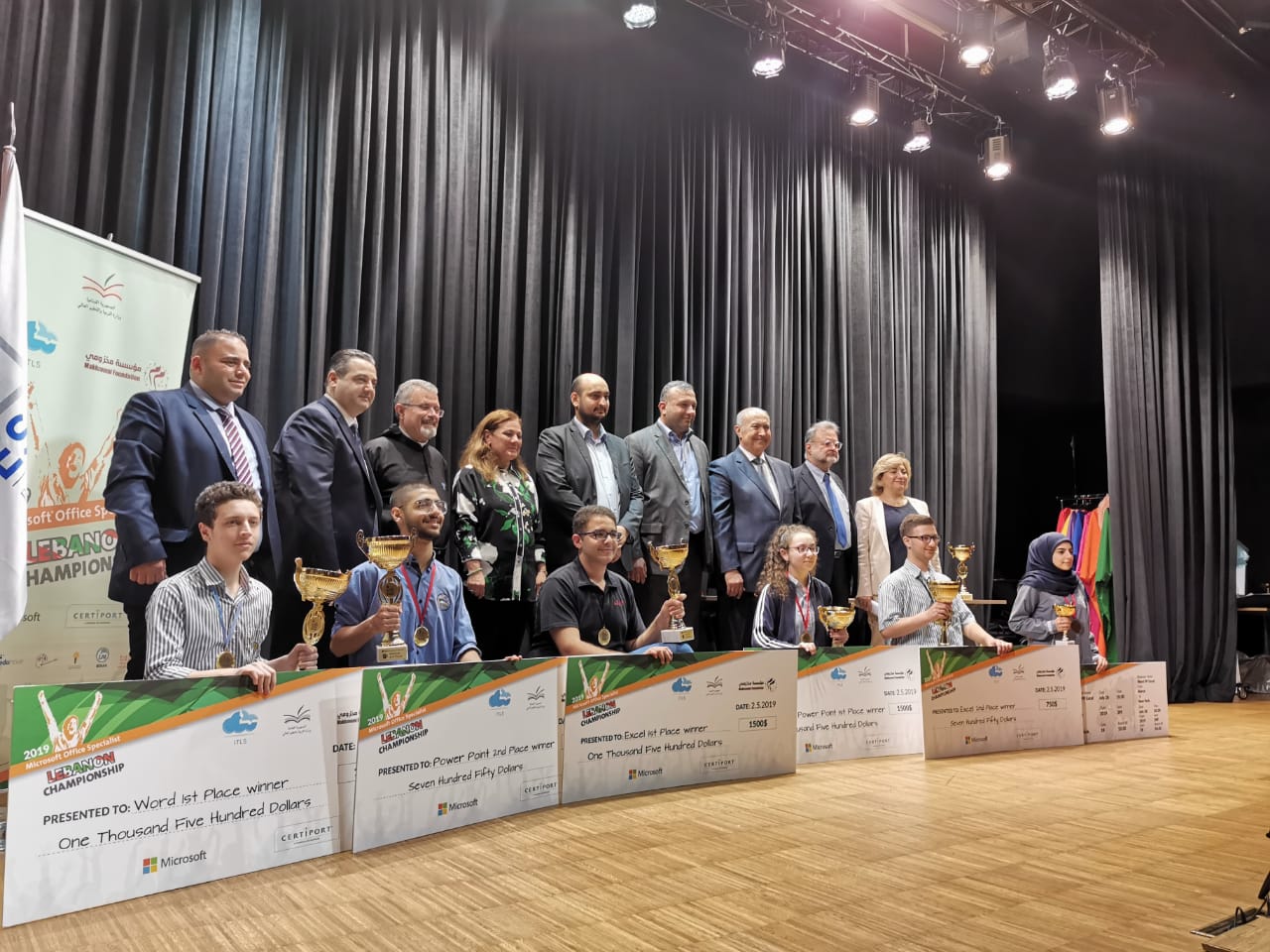 The Microsoft Office Specialist National Championship was concluded, after the participation of 75 private and official educational institutions. It was held in partnership between Makhzoumi Foundation and Information Technology Leading Services ITLS, and sponsored by the Ministry of Education and Higher Education.

The winners, who will represent Lebanon at the Microsoft Office Specialist World Championship that will be held at the end of August this year in New York City, were announced. The ceremony was held at the ESA School of Business, during which ITLS Executive Director Tarek Basha discussed the objectives of this competition and the company’s work in the field of successful and effective digital transformation for students, professors, school departments and thus society.

The President of Makhzoumi Foundation and member of the national commission for Lebanese Women, Mrs. May Makhzoumi congratulated the students on what they achieved, and wished them the best in their future. Makhzoumi also spoke about the vision she has taken since the opening of Makhzoumi Foundation in 1997: the need to introduce technology into the curriculum, to keep pace with global development “.

“Digital technology and robotics technology are the future of the global labor market, and that’s why such competitions are very important” Mrs. May Makhzoumi said.

In his turn, Makhzoumi Foundation’s Honorary President MP Fouad Makhzoumi spoke about “the evolution of labor market requirements and the importance of keeping pace with it, to provide a better future for the Lebanese youth and to combat unemployment and the emigration of energies.” He stressed the need to balance between the new technologies and the human minds developed to prepare for the future”, anticipating the disappearance of many traditional professions and their replacement will be professions based on technological development.

After that, the successful students who qualified for the Microsoft Office Specialist National Championship were honored (120 students), in addition to the crowning of the first rank winners in Lebanon:

In support of the official schools, a first prize was awarded at the level of official schools to represent Lebanon in the Microsoft World Championship, which was won by Yasmina Fadel from Haret Hreik High School.

Recall that more than 3000 students aged from 13 to 22 years have participated in the championship, where each school culminated their winners for each category, who competed in their turn at Microsoft Lebanon’s headquarters for the final exam.