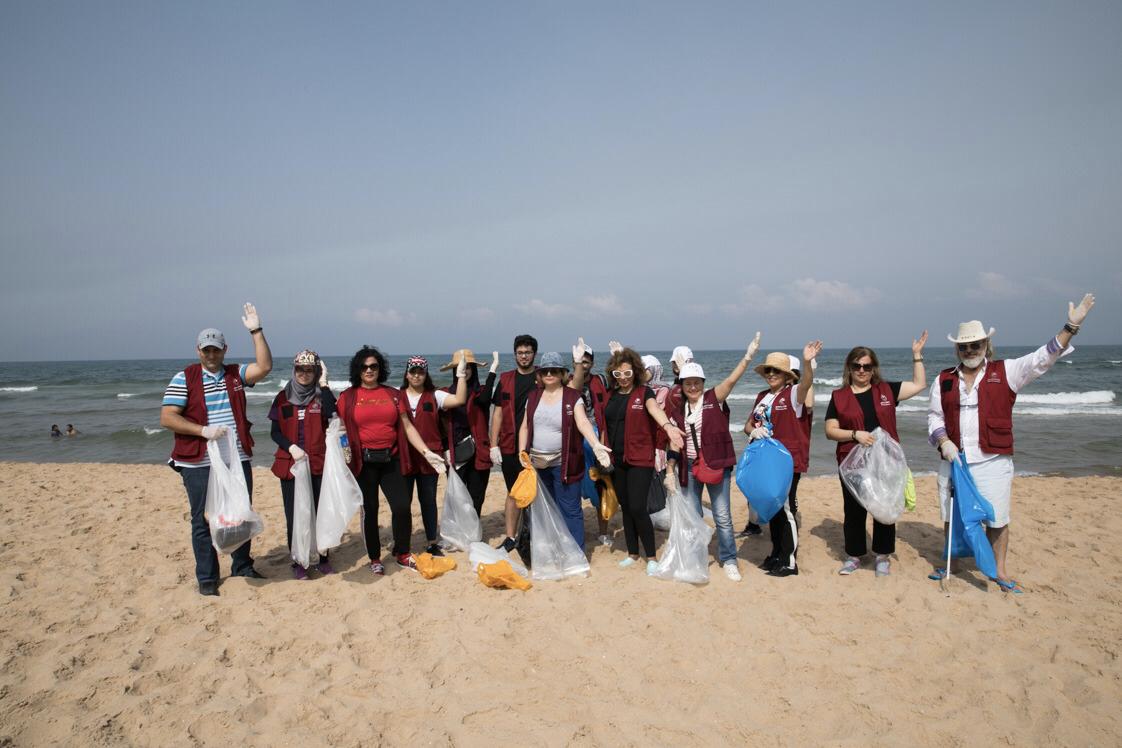 Coinciding with World Ocean Day, and as an extension of the Yalla Nefroz initiative, Makhzoumi Foundation participated in the national campaign to clean the Lebanese coast launched by the Ministry of Environment under the slogan “Save our faces”, which included the cleaning of about 120 sites, with the participation of a large number of associations and civil organizations and the fire brigade and school students.

Makhzoumi Foundation’s team was tasked with cleaning the beach of Ramlet Al Baida and Al-Manara Corniche (facing the American University of Beirut AUB) areas. Since early morning, the volunteers have spread and begun to clean the beach and collect garbage and sorting it with custom bags, with a clear message: preserving the environment to maintain our health, our future and the future of coming generations.

During the campaign, the Minister of Environment Fadi Jrayssati inspected the work of the volunteers, and praised their efforts and their patriotic sense. Jrayssati said that this campaign has two messages: The first is that we are aware of the environmental impact on our economy and on the Lebanese tourism, and the need to support it for the job opportunities it provides to Lebanese youth; the second message is to those who leave their waste behind on the beach that this is not allowed and not acceptable!

The people on the beach responded to Makhzoumi Foundation’s volunteers. Some of them participated in the cleaning, others removed the waste that they had been thrown and put it back in the trash bags, and all praised this patriotic work and efforts to maintain a clean environment for all.

“Yala Nefroz” Initiative is an environmental initiative launched by Makhzoumi Foundation back in 2016, aiming at stimulating the neighborhoods of its centers to begin sorting solid wastes (the non-organic), to contribute in solving the waste crisis, and to preserve the environment.