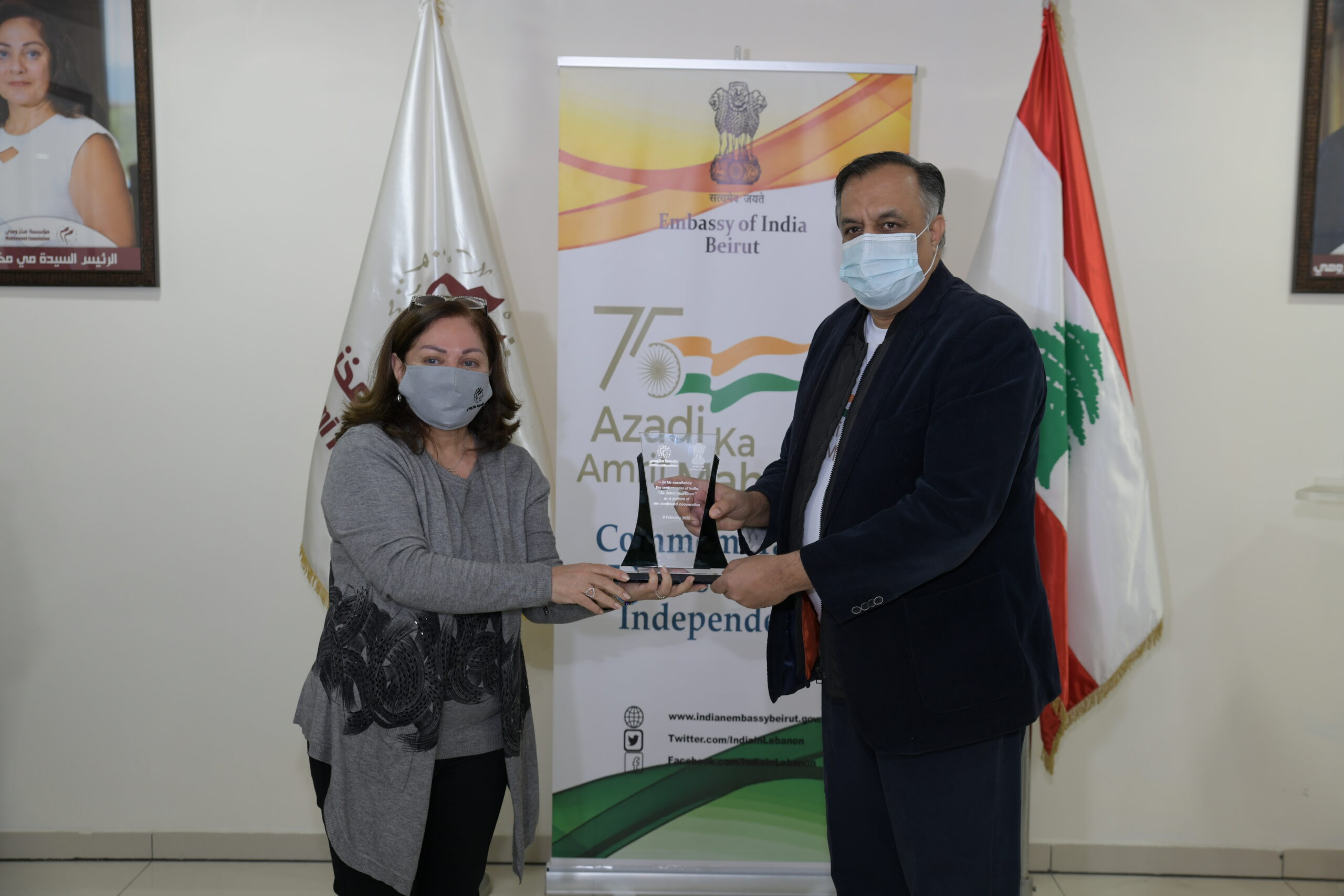 As part of its permanent endeavors to develop constructive international relations, which promote cultural exchange, Makhzoumi Foundation held a friendly tournament in table tennis, in cooperation with the Indian Embassy, on the occasion of Azadi Ka Amrit Mahotsav Day, which is an initiative of the Government of India to celebrate 75 years of progressive India and the glorious history of its people its culture and achievements.

In the first stage, contestants from Makhzoumi Foundation participated in the tournament held at the Indian Embassy, where they competed with their counterparts from the Indian Embassy staff in Beirut. His Excellence Dr. Khan welcomed the attendees and praised the inclusive sports activity. After the matches ended, Dr. Khan handed the awards for the first three runners, and certificates of appreciation for the participants.

In the second stage, Makhzoumi Foundation hosted the Indian ambassador and the embassy staff at its headquarters, where the participants competed in a high sporting spirit. At the opening, the President of Makhzoumi Foundation Mrs. May Makhzoumi gave a speech in which she welcomed the attendees, stressing the importance of such activities that would bring the two peoples closer, enhance friendly relations and cultural and sports exchange. In turn, the Ambassador H.E Dr. Sohail Khan, thanked Makhzoumi Foundation, its president, management and employees, for receiving them, praising the distinguished relations between them. They toured the foundation to learn about its departments, programs and services. After the tournament was over, Dr. Khan and Mrs. Makhzoumi, handed the awards to the top three runners, and certificates of appreciation for the participants.

In conclusion, the two parties commended the fruitful efforts, wishing for further cooperation at the academic, social and vocational levels.