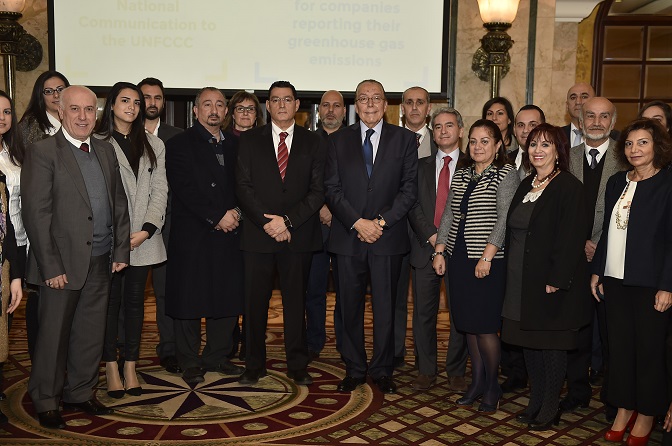 Mrs. May Makhzoumi, President of Makhzoumi Foundation, attended the ceremony that was organized by the Ministry of Environment and the United Nations Development Program on  December 19, 2016, at the Phoenicia Hotel, for two occasions: the first to present awards to commercial and industrial companies which reported their emissions of greenhouse gases that cause global warming and  thus global climate change; and the second to launch the third national report of Lebanon on climate change after four years of work. Within this context, Makhzoumi Foundation was awarded a certificate of acknowledgement being the first non-governmental organization to report its greenhouse gas emissions and it was received by Mrs. Makhzoumi.