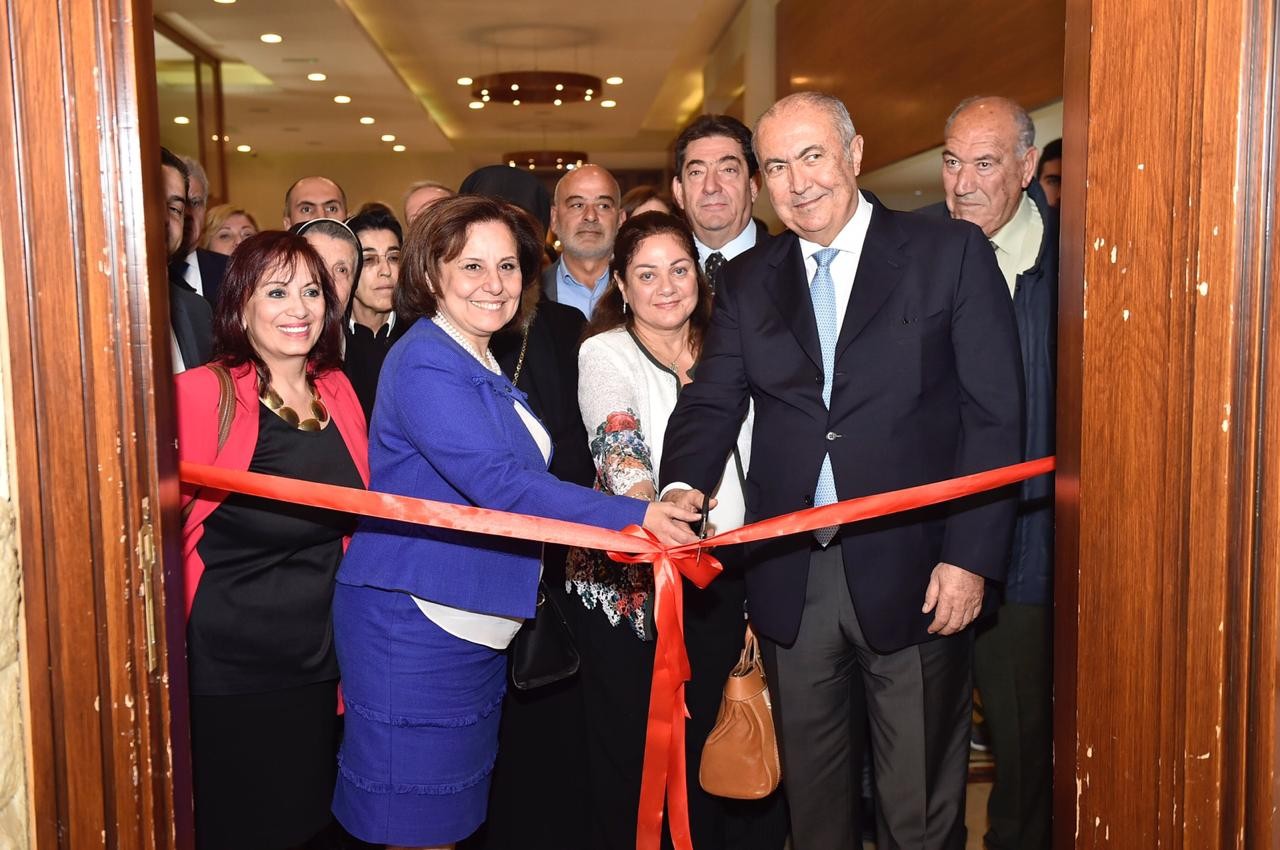 Under the patronage of the Office of the Minister of State for Administrative Development Affairs, and in the presence of MP Fouad Makhzoumi, Makhzoumi Foundation’s president Mrs. May Makhzoumi, the representative of Bishop Issam Yohanna Darwish, presidents of the union of municipalities participating in the project, mayors and associations or their representatives, officials of Bekaa, and school principals, Makhzoumi Foundation celebrated the closure of its project with the partners, Armadilla and the Mediterranean Network, Mediterranean Information Office for Environment, Culture and Sustainable Development (MIO ECSDE) and the Lebanese Association for Energy and Environment (ALMEE). The project carried out by the Foundation and its partners, AFKAR 3 in its second part, was funded by the European Union, and managed by the Minister of State for Administrative Development Affairs Office.

The ceremony started with the speech of Makhzoumi Foundation’s President Mrs. May Makhzoumi, who spoke about the importance of the project, and how it is connected with the sustainable development goals. Then the development program manager, Eng. Sallama Naamani, presented the project’s achievements. After that, AFKAR Program Manager at the Office of the Minister of State for for Administrative Development Affairs, Mrs. Youmna Shokr Al-Ghareeb discussed the role of AFKAR, in supporting projects. And then, MP Fouad Makhzoumi and his wife Mrs. May Makhzoumi presented an honorary medal to AFKAR program team in the Ministry of Administrative Development. And lastly, there were two interventions by project beneficiaries who spoke of their success stories through what they learned during the project. The ceremony was accompanied by an exhibition of environmental handicrafts produced by the trainees, after what they learned during the project.

The objective of the project was to promote sustainable development in Bekaa, in cooperation with: Union of Municipalities of Eastern Zahle in the Central Bekaa, Union of Municipalities of AL SAHEL in the Western Bekaa, Union of Municipalities of East Baalbek in the North Bekaa, and the Lebanese National Commission for UNESCO. The project included a carbon footprint competition, and awareness lectures for young people aiming to activate their role in sustainable development. Within the framework of rural development, environmental protection and job creation, the project carries out trainings on beekeeping, soap making, knitting on paper, paperwork, stitching, technical sewing, and entrepreneurship. The project also included the installation of solar water heaters in 30 schools in Bekaa, and the installation of solar energy lighting lamps in three municipal associations. The project benefited 300 women and men, and 872 students.

The “Civil Society for Sustainable Development” project sought to promote the economic and social sustainable development of Bekaa – due to its great impact on the repercussions of the Syrian crisis – by activating this process, which is based on the concept of sustainability as a critical factor in improving the living conditions of local communities’ population, and promote effective energy solutions in communities.

During the closing ceremony of the project in Zahle, the beneficiaries thanked Makhzoumi Foundation, the European Union and the AFKAR program for their interest in human and community development through various projects and courses in various Lebanese regions and groups. One of the beneficiaries considered the courses as ongoing charity and a science to be used. And among the success stories of this project is the success of one of the participants in the sales of the production of loom and paperwork, which was admired by friends and neighbors, and became in demand at the region for the equipment and gifts of brides, boxes of clothes, and garlands attached to the home’s entrance, lamps and lighting rooms, Caps, cork plates and others.