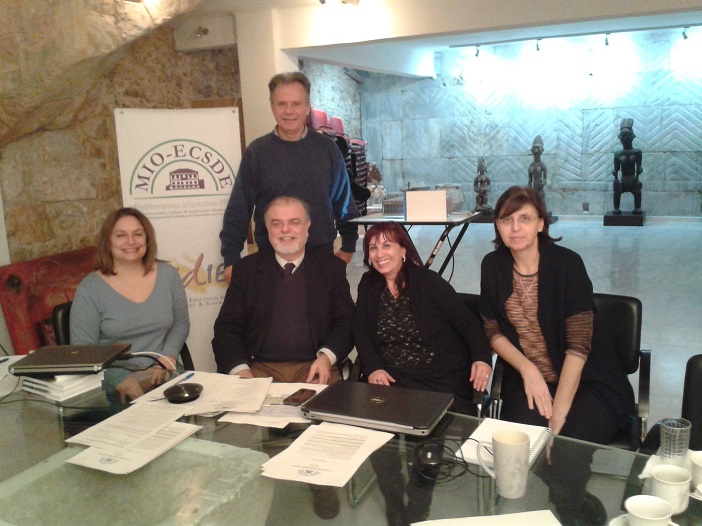 Makhzoumi Foundation attended the 21st MIO – Annual general meeting (AGM) that took place in Greece, Athens on the 17th of January 2017 gathering the NGOs’ members of MIO. During the meeting MIO reported all its activities of 2016 and the foreseen activities of 2017. Mrs. Sallama Namani presented the project “Civil Society in Action for Sustainable Development” its activities and its progress. This Project is under AFAKR III program funded by the European Union and managed by the Office of the Minister of State for Administrative Reform, implemented by Makhzoumi Foundation and its partners – Armadilla, MIO-ECSDE and ALMEE.