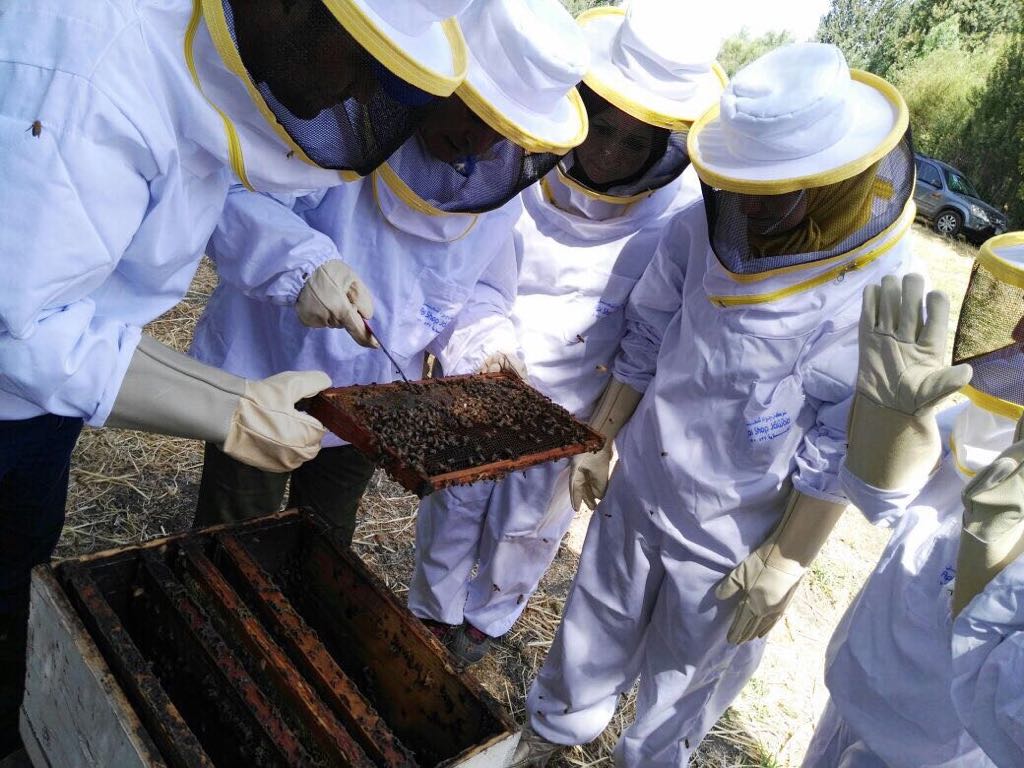 The Makhzoumi Foundation has initiated training workshops on beekeeping in the framework of the “Civil Society for Sustainable Development” Project, which is implemented within the EU-funded AFKAR III Program, managed by the Office of the Minister of State for Administrative Reform, and in partnership with MIO-ECSDE, the Lebanese Association ALMEE and the Lebanese National Commission for UNESCO.

Sixty young men and women, Lebanese and Syrians in West, North and Mid Bekaa, benefit from these workshops whereby they are trained on the basics of beekeeping; they will be receiving bee hives and all necessary tools for beekeeping, at the end of the workshops.

The “Civil Society for Sustainable Development” Project aims at enhancing economic and social sustainable development in Bekaa – being highly influenced by the repercussions of the Syrian crisis – by activating this process which is based on the concept of “sustainability”, as a crucial factor in improving the living conditions of local communities and empowering people’s abilities and skills.