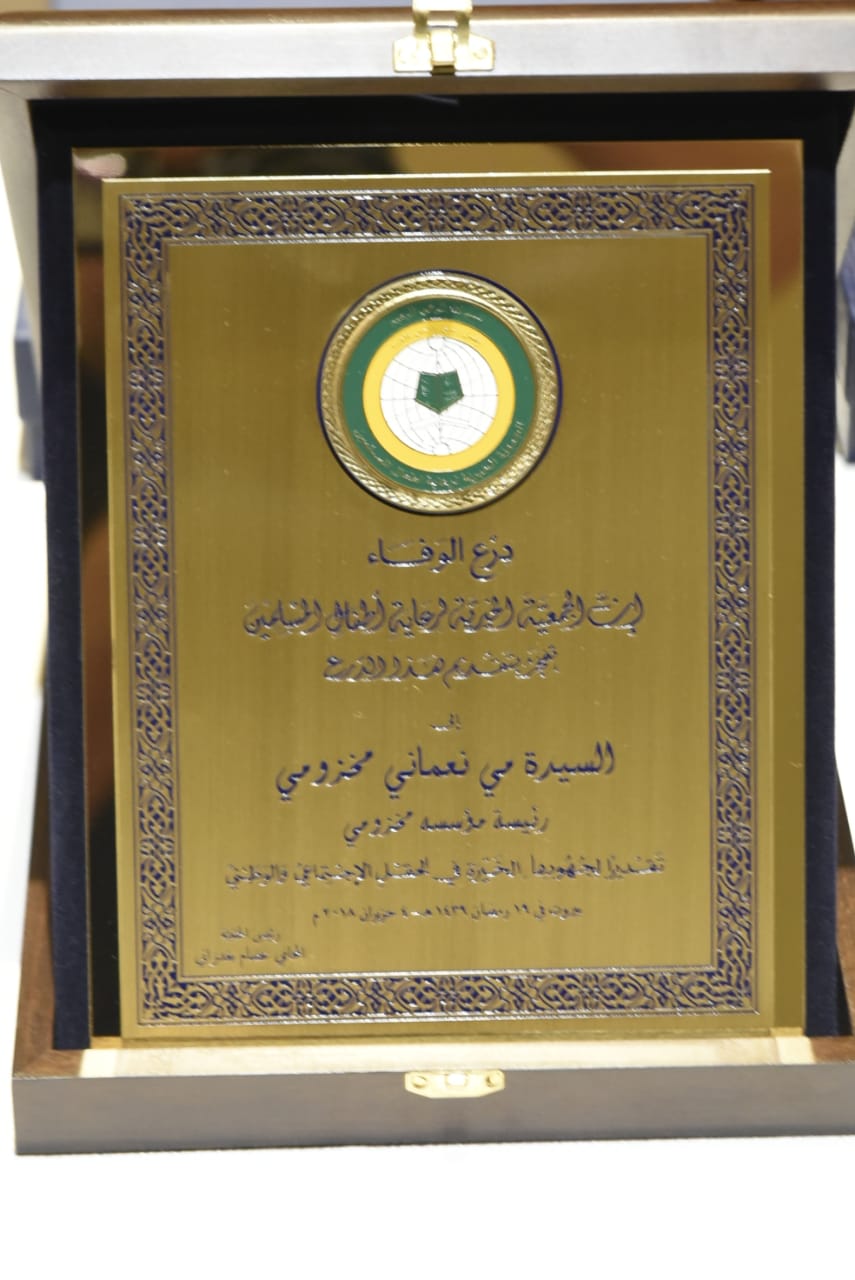 The Charity Society for the Care of Muslim Children organized its annual Iftar on the occasion of the holy month of Ramadan on June 4, 2018 at the Phenicia Hotel in Beirut in the presence of the Prime Minister, Saad Hariri, represented by Dr. Ammar Houri, the Grand Mufti of the Republic, Sheikh Abdullatif Darian and a crowd of prime ministers and parliament deputies and former and current syndicate representatives and personalities from the national security services and a large number of social and religious figures.

During the ceremony, Makhzoumi Foundation President, Mrs. May Makhzoumi was honored with a group of dignitaries, whereby, a symbolic award was presented to them as a recognition of their efforts and works in charitable and social activities.

The Charity Society for the Care of Muslim Children representatives also stressed the importance of renewing this annual gathering with the good people. From the spirit of the holy month, they launched an appeal to all good people and those involved in the care for children to cooperate in charity, calling for the support of the Society’s projects, facilities, and schools for the sake of equality between orphan children and other children”.