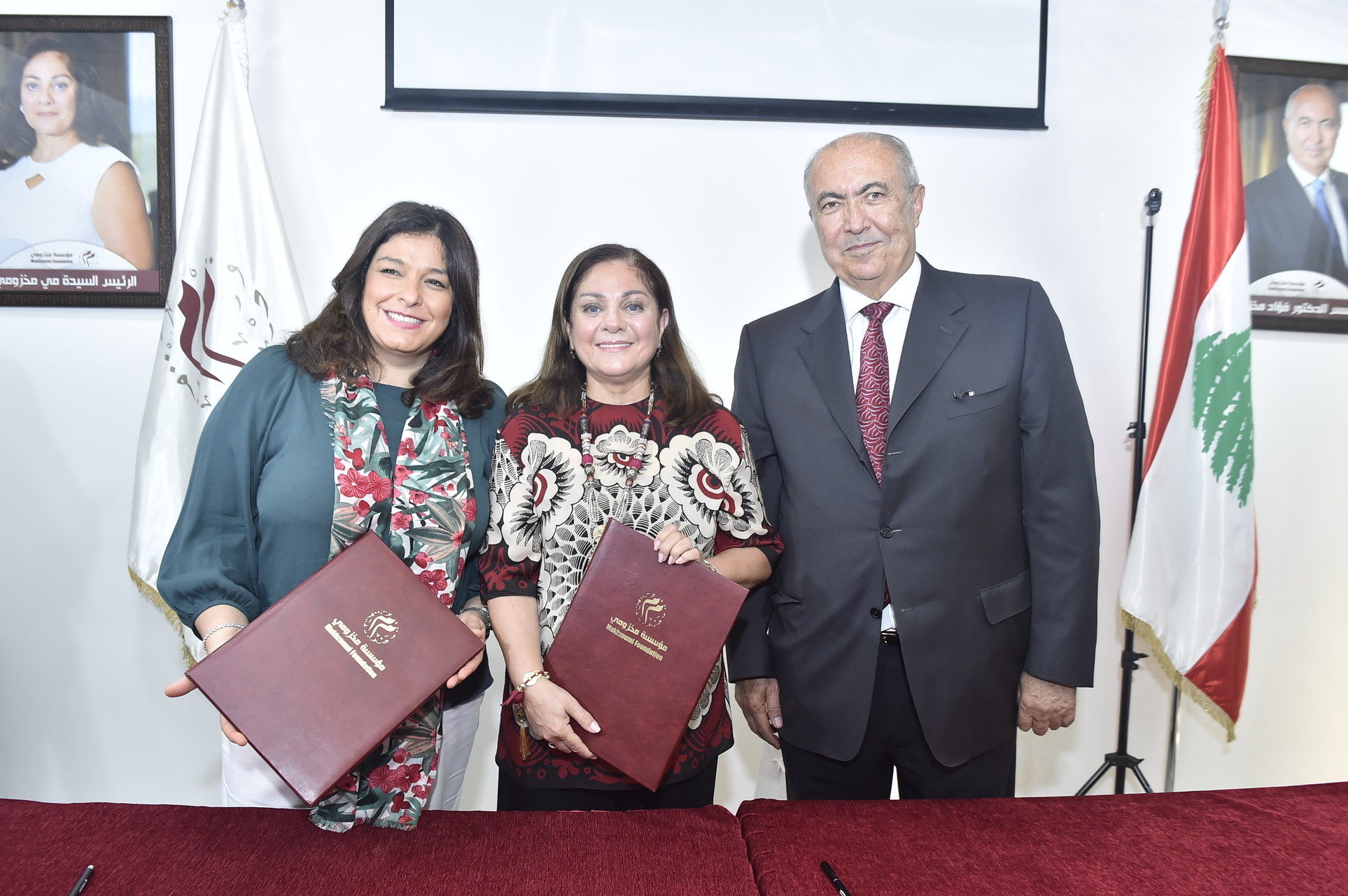 Based on our constant endeavor to implement the sustainable development goals, and to establish their bases in society, and in recognition of the importance of the community partnership with Lebanese companies, Makhzoumi Foundation signed an agreement of understanding with the Little Engineer Organization, which was founded and chaired by Ms. Rana El Chemaitelly, a mechanical engineer and lecturer in the Faculty of Engineering and Architecture at the American University Of Beirut, Mechanical Engineering Department.

The Little Engineer is a project launched in Beirut to develop children’s abilities and protect them from addiction to television, internet, electronic games, and other similar.

The ceremony began with the Lebanese national anthem, and graphic presentations about Makhzoumi Foundation’s work, and the activities of the Little Engineer since their establishment. This was followed by the speech of the Director General of Makhzoumi Foundation Professor Samer Al-Safah, who presented the cooperation as a new step based on projects related to robotics, renewable energy, earth sciences, and others. He added that the Makhzoumi Foundation has been known for years that it encourages projects that help young people to progress and engage in science and technology.

Then Mrs. Rana El Chemaitelly spoke about her project, its beginnings goals, and focused on the importance of preparing students for a better future, and the importance of introducing programming into the curriculum as a basic subject, such as French and English languages.

The speech of Makhzoumi Foundation’s president, Mrs. May Makhzoumi, focused on the Foundation’s work, and on the development of school activities. It also focused on the importance of taking students in the field of work since childhood, because it helps them renew their ideas and rely on themselves through their own projects.

The ceremony was sealed with the speech of deputy Fouad Makhzoumi, who encouraged the orientation towards technology and science, and noted the similar project implemented by the Lebanese American University “Creativity”, which focuses on medicine and engineering, and the importance of financing in the field of medical engineering. He also stressed the importance of motivating children from the earliest age to work on scientific projects that develop their mental abilities. He added that this new cooperation between the Makhzoumi Foundation and The Little Engineer is a translation of a very important step towards the development of the young generation in Lebanon.