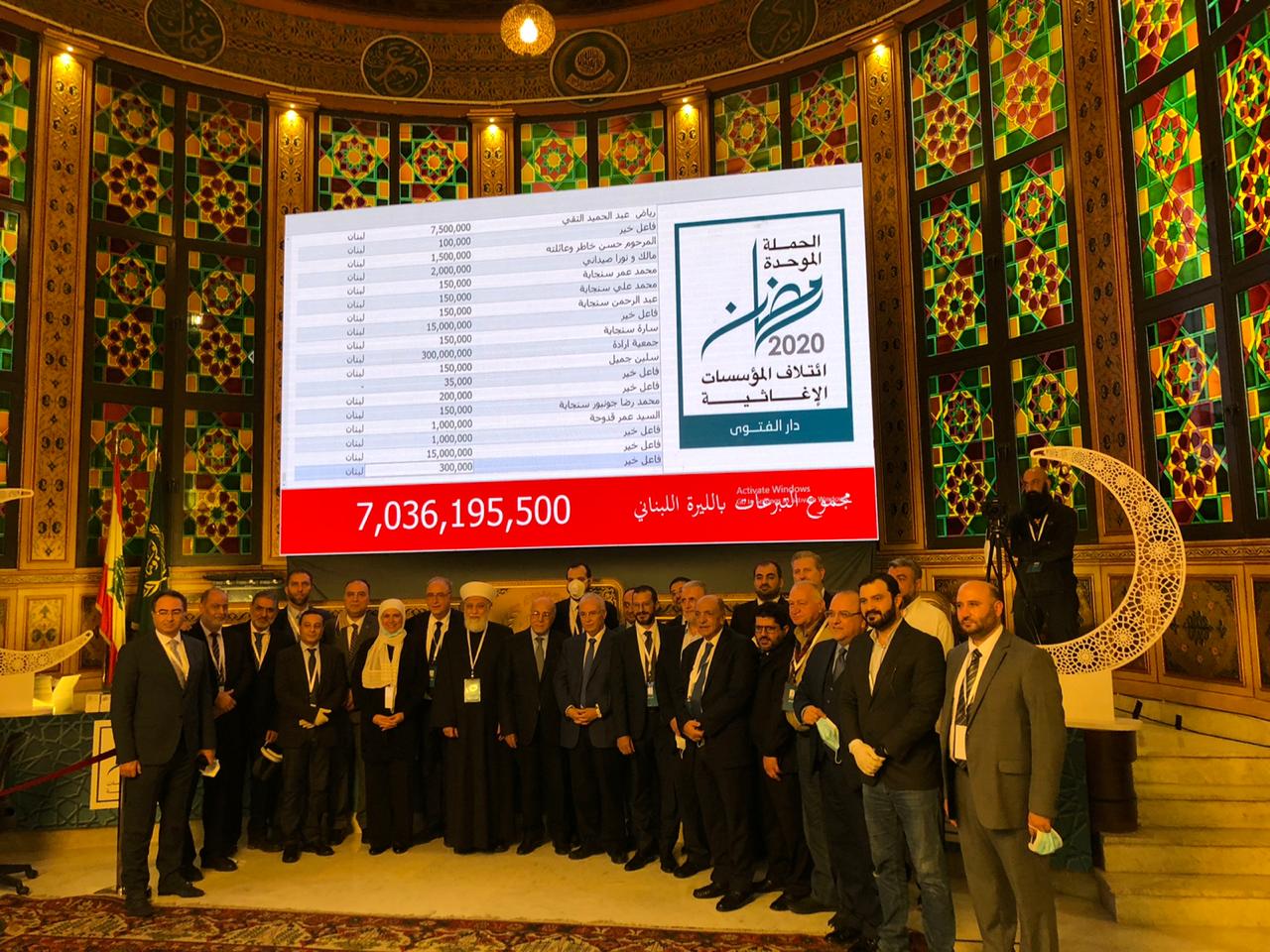 With the start of the holy month of Ramadan, many families are languishing under pressure to secure the requirements of life, specially with the suffocating economic conditions that the country is going through, in parallel with the spread of the Corona virus, which has weighed heavily on the Iftar charity tables, and made impossible to be organized.

In response to these urgent needs, Makhzoumi Foundation participated in organizing the unified campaign for the Coalition of Relief Organizations in Lebanon, which was launched by the Grand Mufti of the Republic of Lebanon, His Eminence Sheikh Abd al-Latif Darian. The coalition includes 17 charitable and relief organizations, including Makhzoumi Foundation.

Makhzoumi Foundation’s volunteers worked throughout the day to help raise funds for families in need. The foundation’s team also conducted sterilization operations prior to the campaign in Dar Al Fatwa, to maintain the safety of volunteers and expatriates to the location.

A day in which the spirituality of the holy month was embodied, where more than 7 billion, 36 million and 195 thousand Lebanese pounds were collected, to help the families in need, thanks to the efforts of donors, and all members of the Coalition of Relief Institutions in Lebanon and the participating organizations, under the auspices of Dar Al Fatwa.