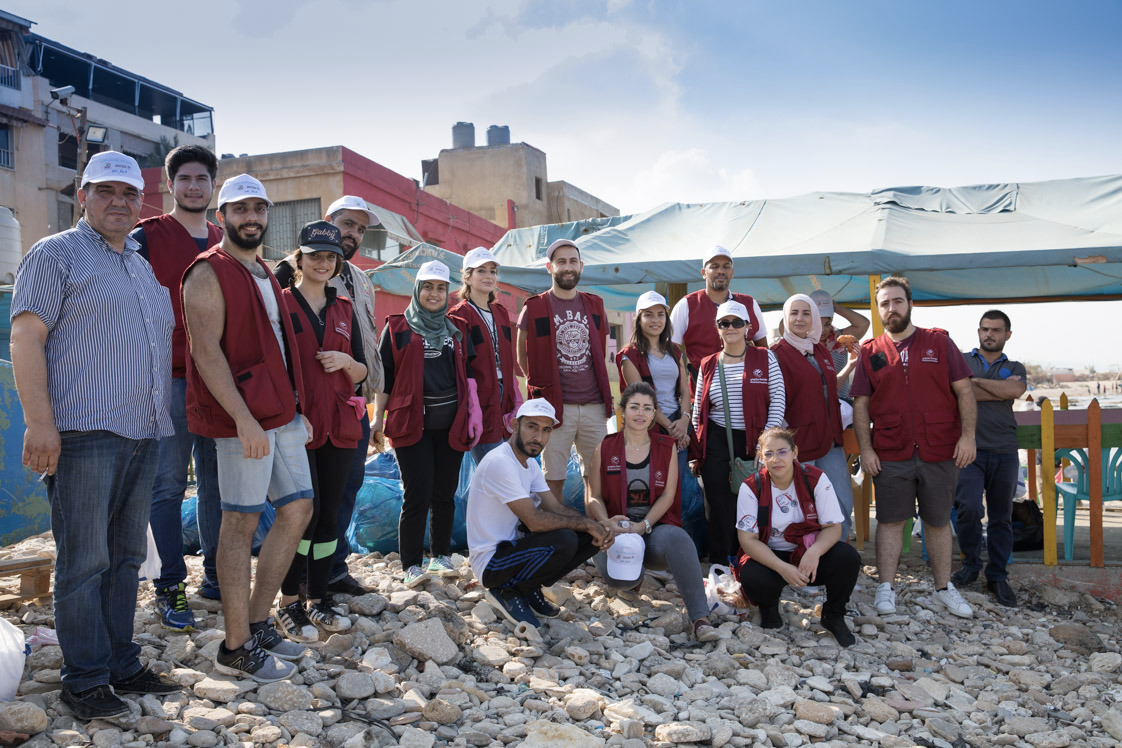 On September the 29th, a beach clean-up campaign, organized by Makhzoumi Foundation, in collaboration with Burj Al Barajne Municipality, and funded by UNHCR, took place after big efforts and preparations.

The campaign targeted part of Ouzaii Beach after a field scan conducted in the area. The area was highly littered with plastic which formed a great bulk of debris that washed up the beach. This has not only caused a health hazard for residents who use the beach recreationally, but also an environment hazard for the marine biodiversity that usually depend on it. For instance, the team has regretfully saw dying animals on the beach.

The campaign was completed with the joint forces of Makhzoumi Foundation, Burj Al Barajne Municipality, Yalla-Nefroz (Let’s Recycle) initiative, and other concerned volunteers and citizens where different types of trash were collected to make the beach pleasant to the eye and to the environment.

Awareness sessions were given to some inhabitants who were seen throwing trash stressing on the idea that keeping the beach clean would save them from multiple diseases and improve the coastal and ocean ecosystem by making sure none of the trash kills marine life.

To avoid the most harmful rubbish from entering the ocean or being littered again in beaches, recycling bins were distributed along the beach, for plastic and for paper and cartoon.

“Do Good & Don’t Throw in The Beach” (عمول منيح وما تكب بالبحر) was the slogan of the campaign and it aimed to convey that cleaning our beaches is a step towards cleaning our oceans.

The collected trash was taken by Yalla Nefroz (Let’s recycle) initiative for segregation and disposal. Two full bags of plastic bottle tabs were collected, which will be added to other ones collected, in order to be exchanged for a hearing aid for a child with disability, adding to the various objectives of the solidarity initiative.

At the end of the day, tote bags were distributed to memorize this wonderful opportunity and to make everyone mindful of how keeping beaches clean is a one way that we can start to make our oceans better for the next generation.