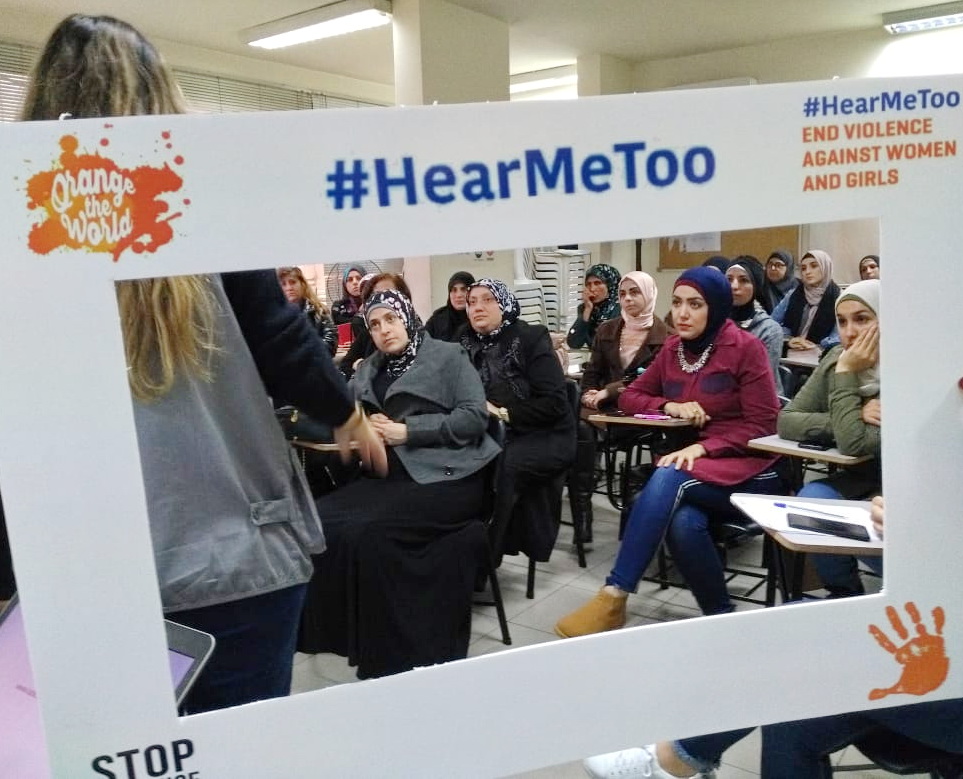 As part of the international campaign “16 Days of Activism Against Gender-Based Violence” to challenge violence against women and girls, Makhzoumi Foundation, Tripoli center, in cooperation with the Danish Refugees Council, and with the support and funding of the United Nations High Commissioner for Refugees, organized a special activity for this campaign.

In recognition of the importance of a strong role model for women, 35 women from different backgrounds, cultures and communities were invited to talk about their experiences, to inspire young girls, and to change gender-based beliefs.

This activity included the participation of the legal adviser Katie from the Legal Protection Department in the Danish Refugees Council, who provided the participants with a full explanation of the basic rights that women should enjoy and demand if they were violated.

The Social Worker at Makhzoumi Foundation Lara Adaimi presented a special protection session about gender-based violence. Also the representative of ABAAD association spoke about the specificity of this event and the psycho-social care that should be provided to survivors of sexual violence.

For her part, the UN representative noted that women around the world continue to face violence every day. And that 35% of women worldwide have been subjected to physical or sexual violence at some point in their lives, and almost every six days, a woman is killed by her intimate partner.