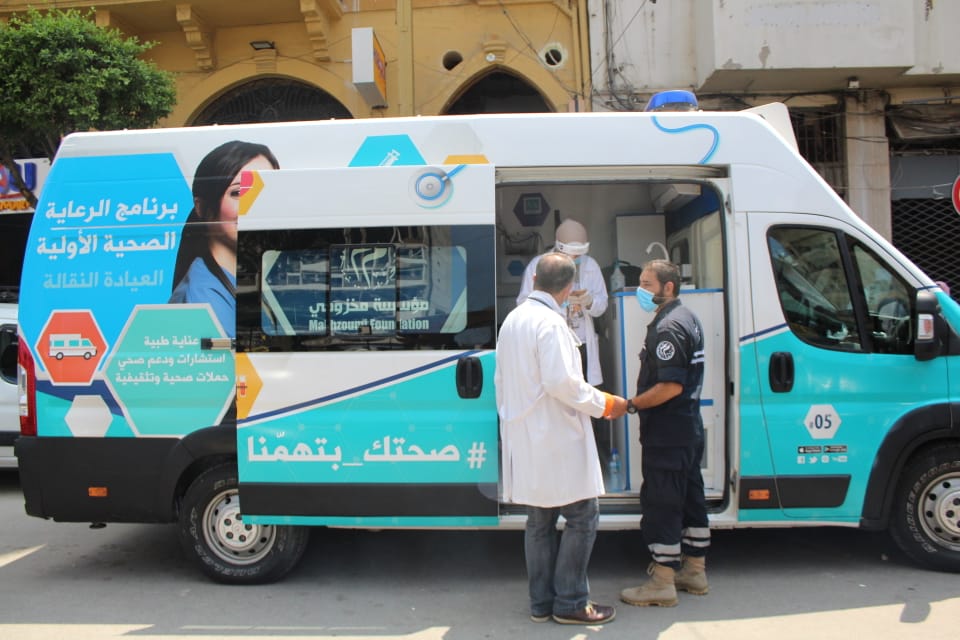 Shocking and painful moments … victims, wounded, and devastation … In a few moments, hundreds of victims and thousands of people were injured, and Beirut was dressed in black, after the port explosion.

While a number of hospitals and medical centers were damaged, including Makhzoumi Foundation Medical Center, and with thousands of injuries, with hospitals unable to absorb the huge numbers of victims, it was necessary to act quickly.

From the very first moments, Makhzoumi Foundation moved to support our people in Beirut, after removing the rubble caused by the explosion at its center, and refusing to prevent it from helping people. The mobile clinic of Makhzoumi Foundation moved to provide first aid to the injured, and the doors of the Primary Health Care Center were opened, after removing the shattered glass on the same night and until the morning, to help the wounded, on the night of the explosion.

Consequently, the mobile clinic roamed the areas affected by the Beirut bombing over the past period, to provide medical services to the victims, from first aid, cleaning or changing for a wound, removing stitches. In addition to treatment services for volunteers who were working on the ground and were injured, and visiting a number of elderly people who were affected by the explosion, to conduct a medical evaluation of their condition and provide assistance for cases requiring intervention.

A team of volunteers, in cooperation with UNICEF, provided advice to pregnant and breastfeeding women, along with advice over the phone, to monitor their conditions after Beirut blast.

Painful moments to remember … We wish mercy to the victims and a speedy recovery for the wounded.