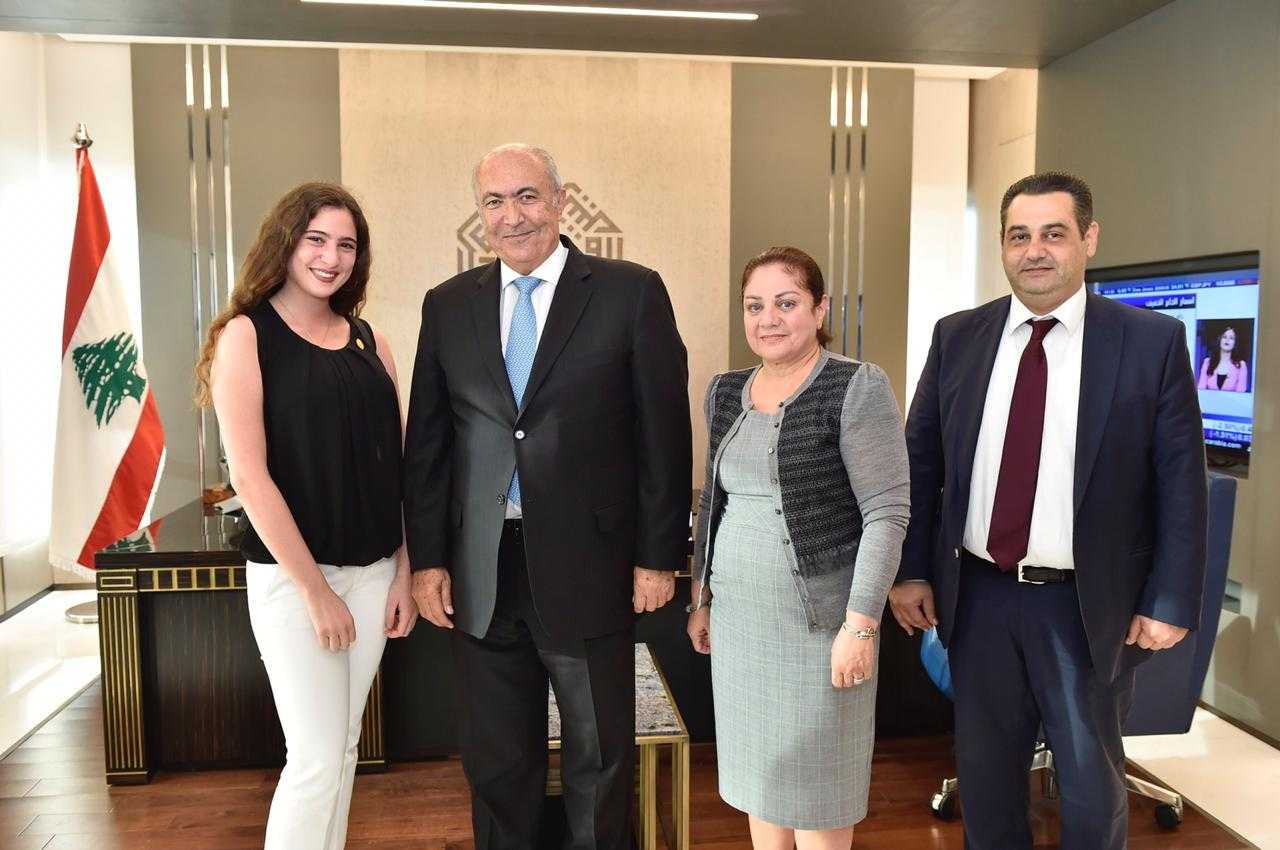 On the path of encouraging youth, the founder of Makhzoumi Foundation deputy Fouad Makhzoumi, and the foundation’s president Mrs. May Makhzoumi welcomed at their house Lebanese youth who presented the best picture of Lebanon in the Microsoft Office Specialist World Championship that was held in Orlando, USA.

After congratulating their achievements, Mr. & Mrs. Makhzoumi presented distinction pins to the participants who came among the winners of the first places over the world.

The Microsoft Office Specialist World Championship, MOS, is a global competition that tests students’ skills on Microsoft Office Word, Excel and PowerPoint (2013 or 2016). Top students were invited to represent their respective countries at the world championship that took place in the state of Orlando, United States of America.

Makhzoumi Foundation, in collaboration with Information Technology Leading Services ITLS, sponsored the Lebanese team who was able to participate for the first time in such an event, along with 52 countries and 150 participants.