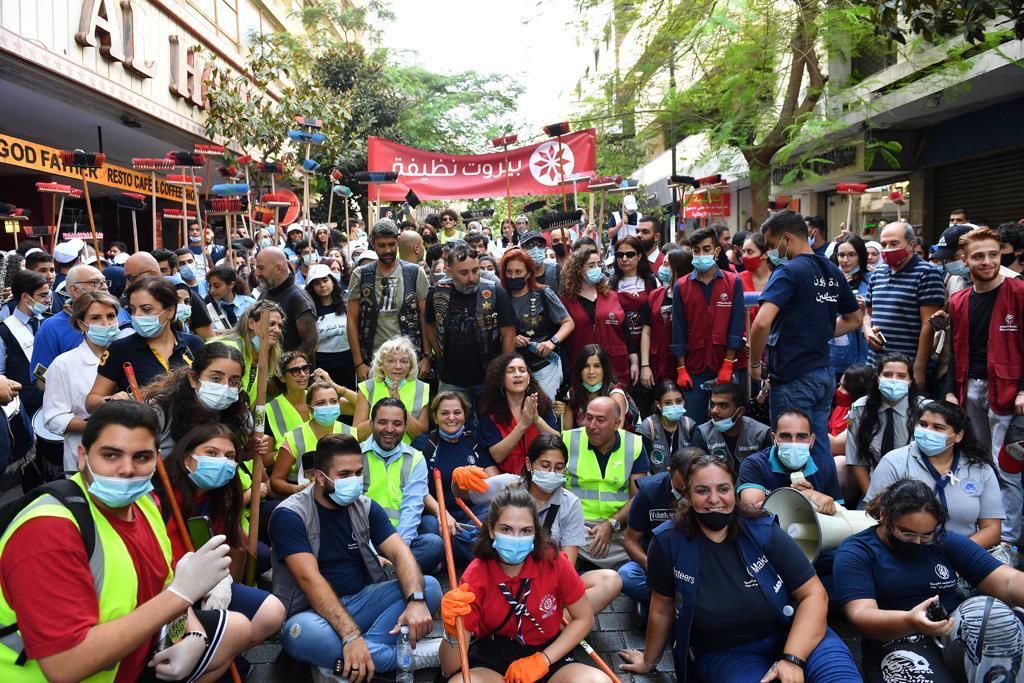 Makhzoumi Foundation participated in the “Clean Beirut” initiative, which was launched with the joint efforts of the Volunteers Unit of the Makassed Association, in partnership with the Good Neighborhood Initiative at the American University of Beirut and with the support of the Hamra Street Friends Committee, in cooperation with NGOs, and a large number of schools and universities students, and activists from civil society. The campaign was launched on Hamra Street.

Clean Beirut is a civil initiative to consolidate Beirut’s civilized identity, and to encourage all Beirutis and residents of the capital to take an active and responsible initiative to preserve this global cultural city.

More than 300 volunteers participated in the campaign, with their complete equipment and supplies.