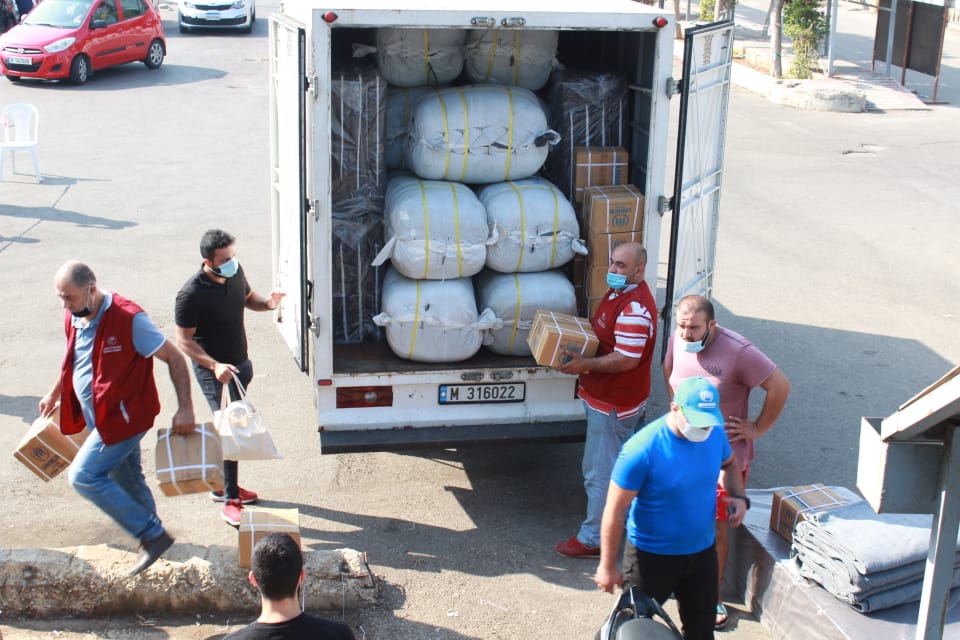 August 4, 2020, a date engraved with blood in the memory of Beirut and its people. The day a city was bombed with its people, homes and streets, due to years and years of neglect.

A neglect that continued beyond the date of the tragedy, until today, when the government was absent from the picture, while the people and civil associations moved to heal Beirut’s wound, rebuild it, and pump life into it again.

Makhzoumi Foundation volunteers, who acted at the moment of the Beirut explosion, and did not stop until the moment, after providing medical support, helping to lift the rubble and counting the damage, and after providing food aid and reconstruction assistance, they began distributing in-kind home aid to the affected families, in continuation of “All for Beirut” campaign.

With the support of the United Nations High Commission for Refugees UNHCR, Makhzoumi Foundation distributed in-kind aid to 292 families in Karantina area, the most affected area by the Beirut port explosion. The aid distributed included blankets (1,134 blankets), mattresses (1,193 mattresses), and a full set of kitchen utensils (284 sets).

Continuous and uninterrupted efforts to rebuild our capital Beirut, and to empower its people to advance the country, to build a better tomorrow!