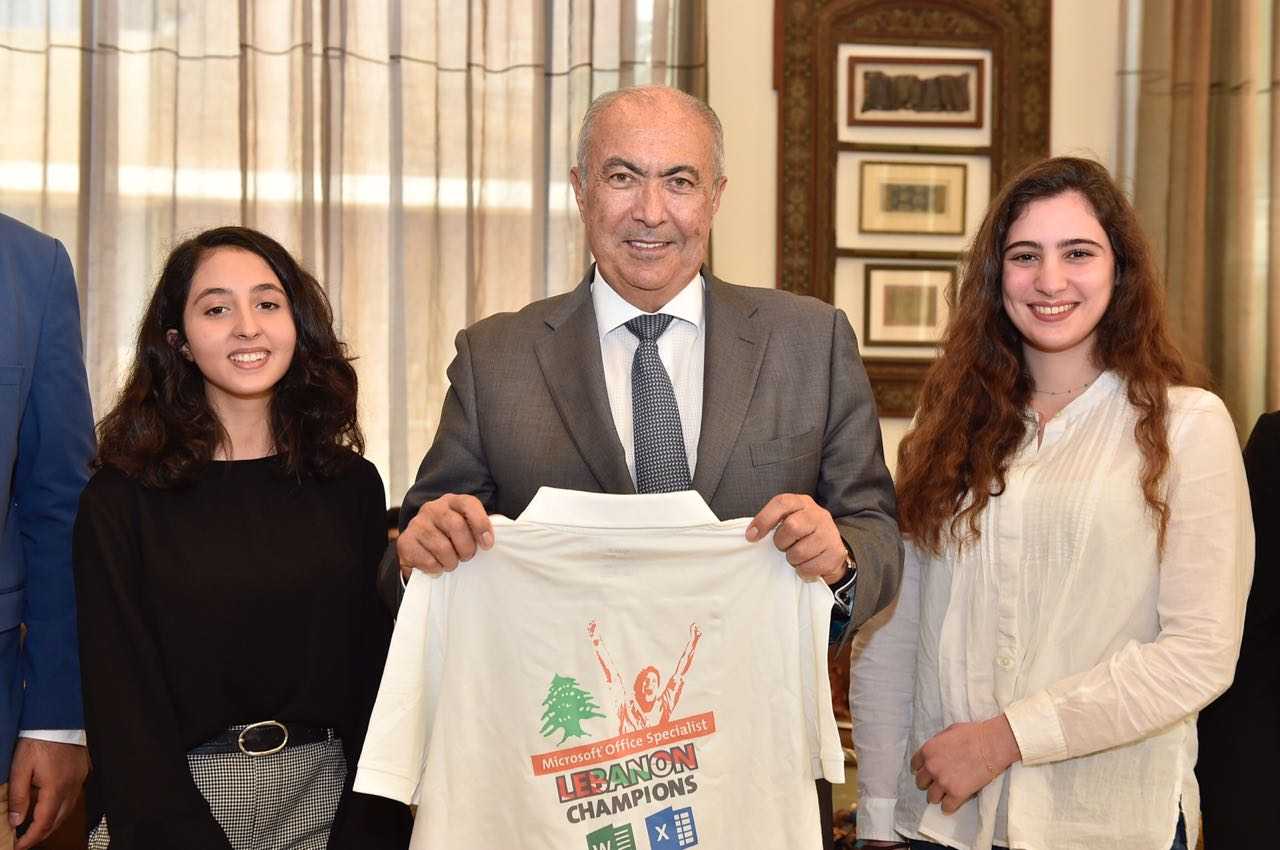 The Microsoft Office World (MOS) Championship done by Certiport is a global competition that tests student skills in Microsoft Office Excel, Word, and PowerPoint. The students who rank first in their country are invited to represent their countries at the World Championship finals in the United States of America in Orlando. This tournament is a great opportunity to demonstrate the skills of outstanding students in these programs. In Lebanon, Makhzoumi Foundation sponsored the “Lebanon Championship at Microsoft for Schools and Universities” project, which was launched at the Ministry of Education in Beirut in early 2018 under the auspices of the Minister of Education and in partnership with ITLS-LB, Certiport, and Microsoft.

Yasmine El Hajj, from the French Business School ESA, won the Excel first place and Lama Al Arab from Ali Bin Abi Taleb Al Makassed School won the Word first place among all Lebanese participants. They both got the opportunity to grab an invitation to participate in the finals in Orlando, Florida, USA. Lebanon won the sixth place in the world in the Excel competition at the World Championships in Orlando on Thursday, August 2, 2018.

It is worth mentioning that this is the first participation of Lebanon in this tournament, where this year 52 countries participated with more than 150 local champions from around the world. We will be hopefully preparing to launch the 2019 Lebanon Microsoft Office Championship with more skills.