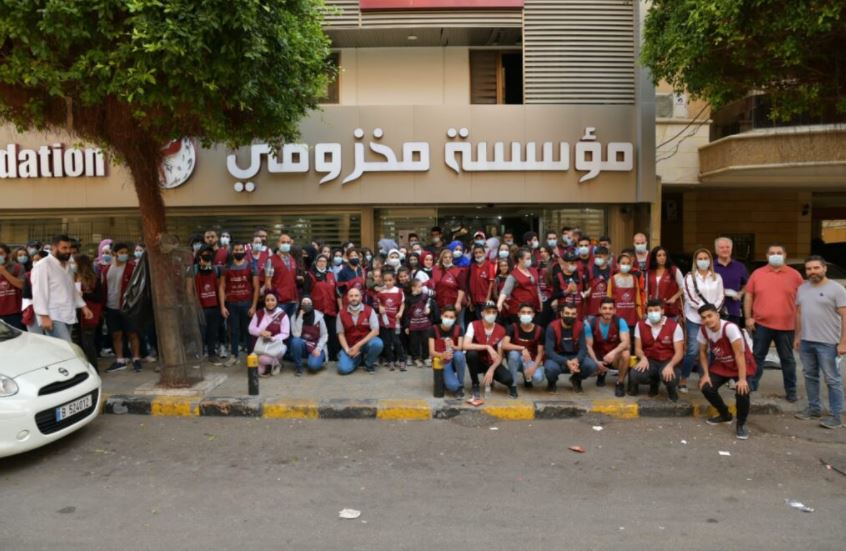 Makhzoumi Foundation participated in this campaign. Corniche Mazraa area and Barbour, all the way to Barbir, were painted with burgundy color, after the deployment of Makhzoumi Foundation to meet the call of Beirut, where they started the cleaning work, including sweeping, collecting waste, removing dirt accumulations, and trimming the trees.

During their work, the honorary president of Makhzoumi Foundation, MP Fouad Makhzoumi, visited the volunteers, praising their efforts and their determination to serve their city. The Governor of Beirut Municipality, Judge Marwan Abboud, toured the volunteers, thanking them for their work and efforts.