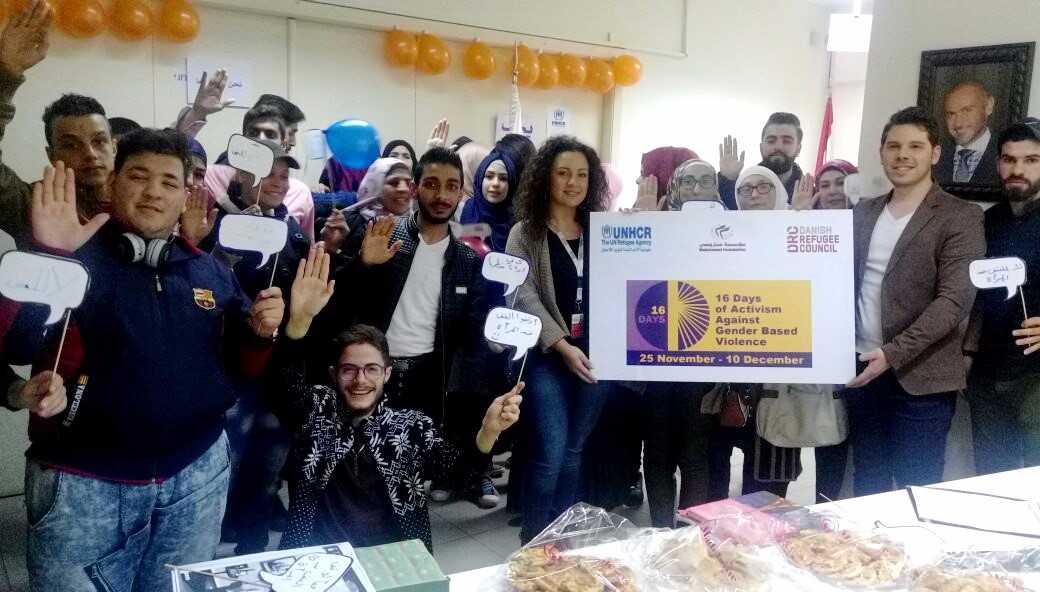 The 16 Days of Activism Against Gender-Based Violence is a global campaign spanning from 25 November through 10 December. It is taking place this year against the backdrop of an unprecedented global outcry. Millions have rallied behind the hashtag #MeToo and other campaigns, exposing the sheer magnitude of sexual harassment and other forms of violence that women everywhere suffer, every day. Breaking the silence is the first step to transforming the culture of gender-based violence.

Makhzoumi Foundation also joined the campaign. The Foundation has been supporting women for long through all its activities and projects in cooperation with international and local organizations including UNHCR and the Danish refugee council.