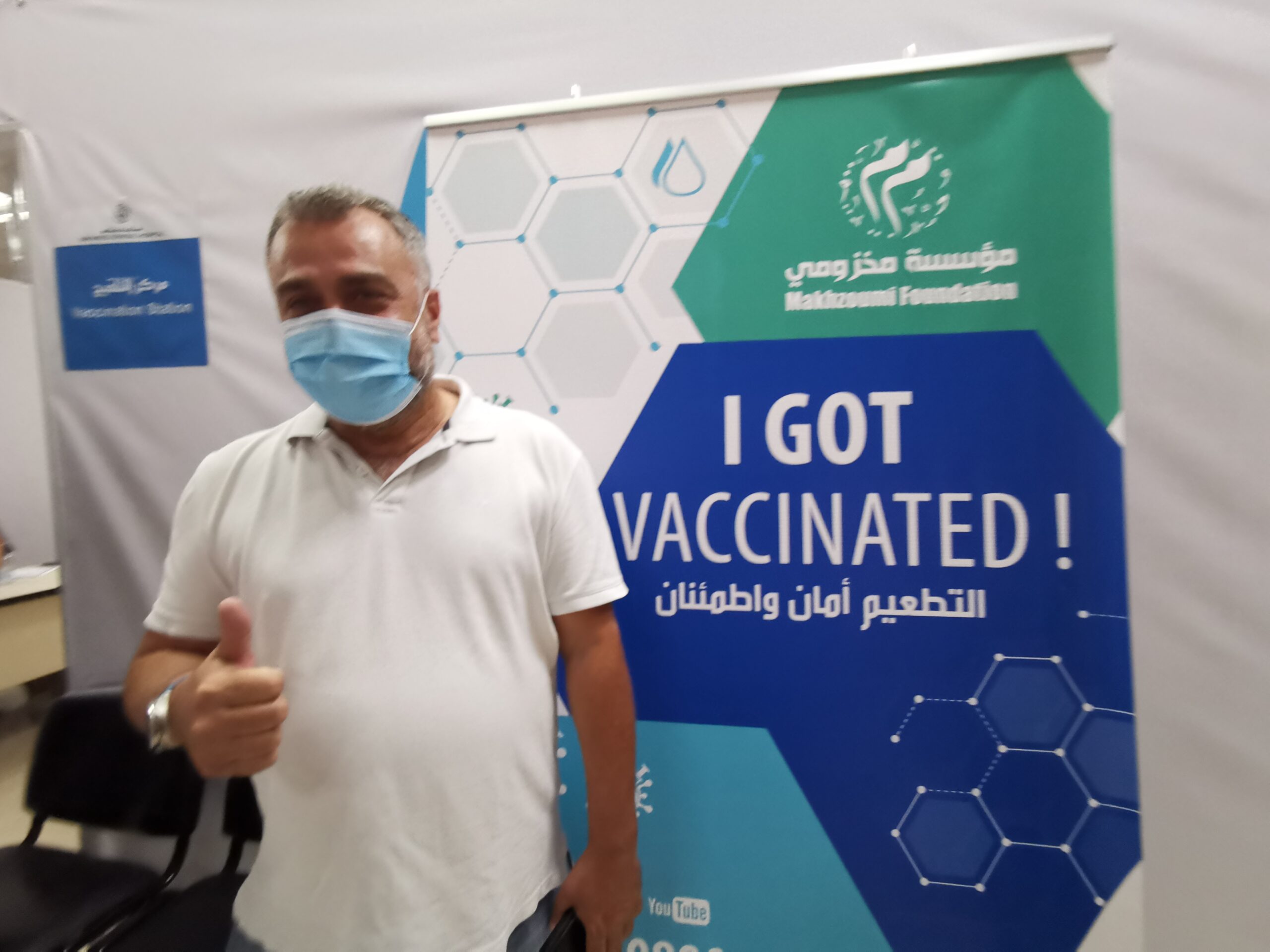 Makhzoumi Foundation launched the Pfizer vaccination campaign in Beirut, at Al Makassed Hospital, as an extension of its continuous work for more than 24 years, and as a continuation of its social and health campaigns, under the generous patronage of the founder and honorary president of the foundation, his excellency Deputy Fouad Makhzoumi, in cooperation with the Lebanese Ministry of Public Health.

H.E Deputy Makhzoumi, accompanied by the Foundation’s President, Mrs. May Naamani Makhzoumi, and a delegation from Makhzoumi Foundation visited Al Makassed Hospital, where they were hosted by members of the Board of trustees of the Makassed Association, the director of the hospital, Dr. Muhammad Amin Bader, and the medical staff, to inspect the new departments in the hospital. They also visited the vaccination center to follow up on the campaign and ensure that the process is going smoothly. Mr. Makhzoumi praised the efforts made by the work team at Makhzoumi Foundation, Makassed Hospital and the Ministry of Public Health, to preserve the health of our people, wishing that our country heals and becomes stable. And he continued, “We will always remain by our people’s side, facing all circumstances.”

In turn, the President of Makhzoumi Foundation, Mrs. May Makhzoumi, expressed her pride in all the achievements and efforts that the Foundation has always accustomed to us, stressing that the work will continue “in the service of society and its people, and based on our social responsibility towards the people of Beirut and all of Lebanon.” Makhzoumi added that such campaigns and initiatives constitute a hope & light spot in the darkness of the reality that is exhausting all the Lebanese; we must continue, to build a better tomorrow. Makhzoumi concluded, “The cooperation that has existed between the Foundation and Al Makassed Association for years, has always yielded a benefit to the people of Beirut.”

The first batch of Pfizer vaccines had arrived and the vaccination process has begun, with other batches expected to be received later, in cooperation and coordination with the Ministry of Health. The campaign is expected to continue in the coming months, with the aim of immunizing the largest possible number of people against the Corona virus.

Joint logistical and medical teams between Makhzoumi Foundation and Al Makassed Hospital are managing and implementing the vaccination campaign at the Vaccination Center of Makassed Hospital – Beirut, all days of the week, following the priority set by the plan of the National Committee to Combat Corona and the Lebanese Ministry of Public Health, with pre-registration on the affiliated platform of the Ministry of Public Health, in addition to Makhzoumi Foundation’s platform to obtain the vaccine, according to the available quantity.