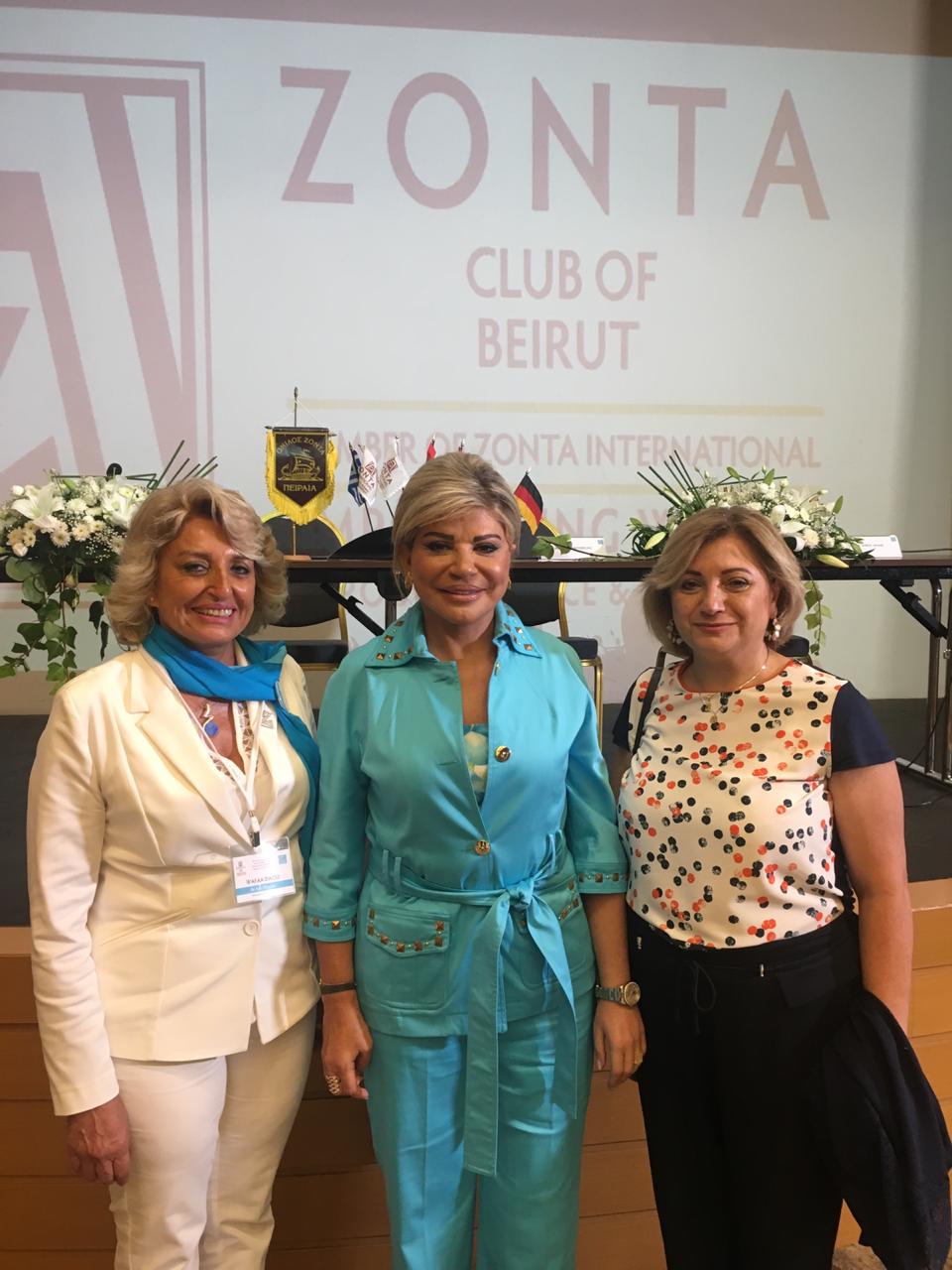 In conjunction with Makhzoumi Foundation’s approach to supporting and empowering women, the Foundation participated in the 26th Zonta Club Beirut Conference for the Greece, Cyprus and Lebanon region under the title “Early Marriage Cancellation” at the Radisson Blu Hotel in Verdun, under the patronage of the Minister of State for Administrative Reform May Chidiac and her presence, as well as Greek, Cypriot and Lebanese women.

The Zonta Club official in Beirut Wafaa Daou stressed that the meeting aims at raising the voice against the child marriage because it deprives girls of their rights, and to say out loud: No to Child Marriage.

The Minister of State for Administrative Reform May Chidiac, refused to legitimize the marriage of minors, not in the name of religion, nor in the name of customs, nor in the name of tradition, and asked: “What allows us to assassinate children? “This deadly phenomenon will not stop if we do not face it and deter it with all our strength, to give childhood its right to its madness and innocence, to spread it with hope and to put in its path endless opportunities.”