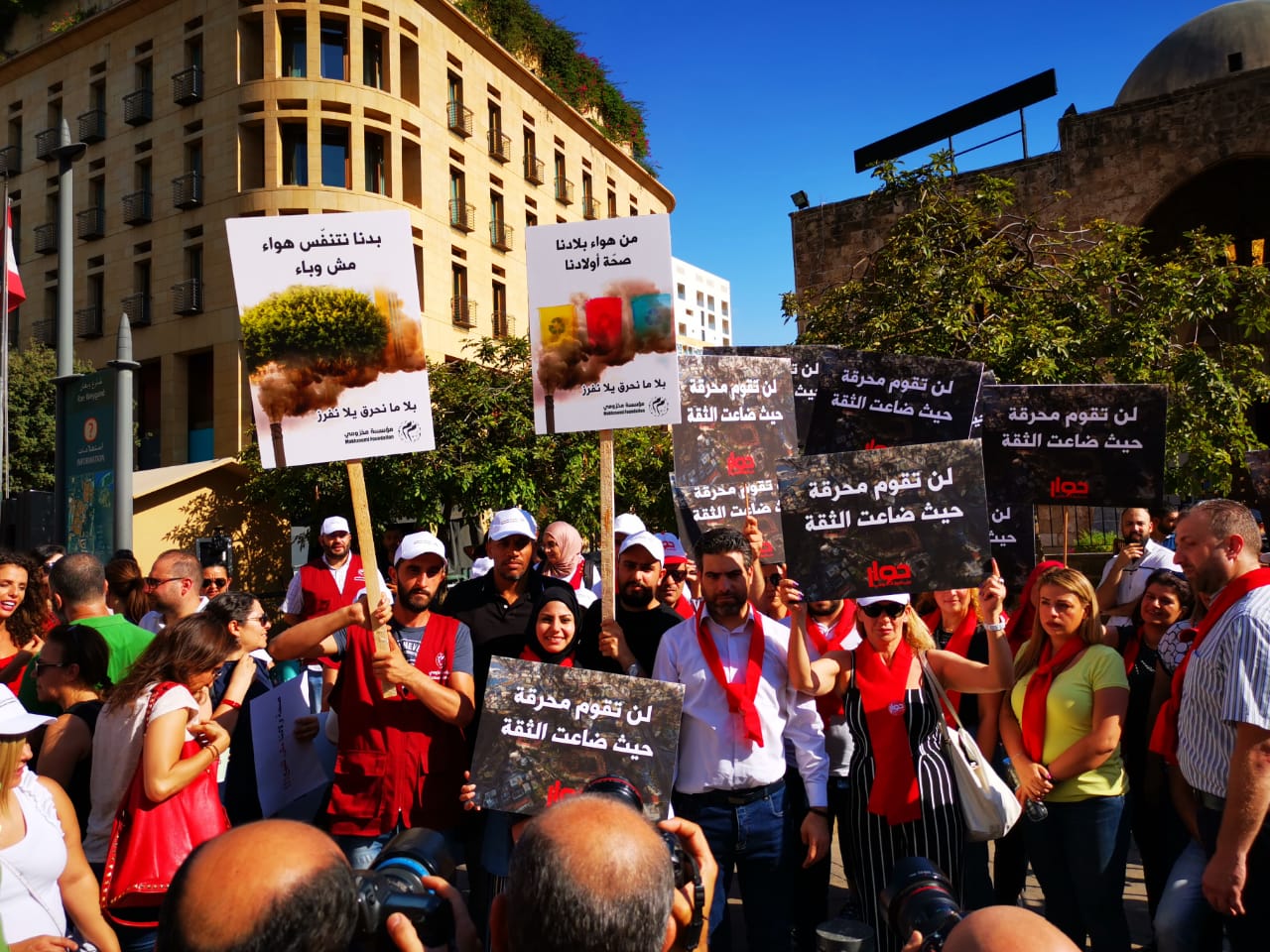 To refuse to set up waste incinerators in the capital Beirut because of their disastrous impact on people’s health and the environment in which we live, Makhzoumi Foundation participated in a protest in front of the Beirut Municipality building in down town, during the meeting of the Beirut Municipal Council, which was on its agenda to discuss the establishment of the waste incinerators in Beirut.

The foundation carried slogans that refuse to establish the incinerators and call for sorting as an alternative environmental solution: “let’s not burn the waste, let’s sort it”, “We want to breathe air, not epidemic”, “From our country’s air comes our children’s health”.

This move comes in parallel with the vision and mission of Makhzoumi Foundation, which assigns considerable space to the environment. The Foundation launched the “Let’s Sort” initiative several years ago, to encourage people to sort household waste. The Foundation also organizes afforestation campaigns in cooperation with schools and municipalities, to plant seedlings from the foundation’s plant nursery. As well as awareness campaigns for school students, and the establishment of the Green Demo Room. Not the latest of which are the craft courses organized by Makhzoumi Foundation to promote the idea of reusing and recycling the household waste.