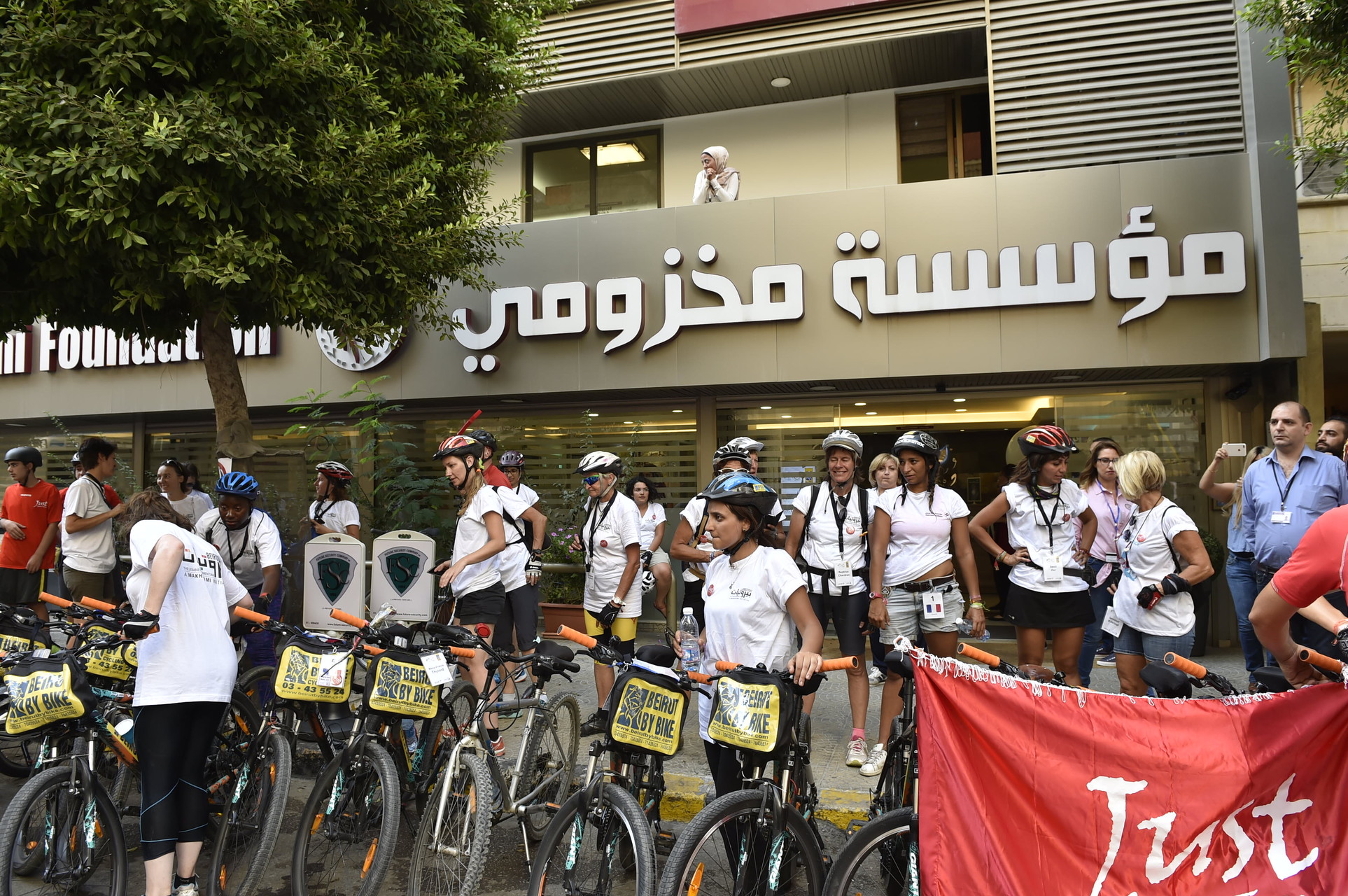 In the presence of its Honorary President Fouad Makhzoumi, the Makhzoumi Foundation held a press conference at the Issam Fares Institute for Studies /AUB, to launch the “Women for Peace” campaign, in the presence of a number stakeholders and representatives of the campaign partners: Beirut by Bike, the international organization “Follow the Women” and the Chamber of Industry, Trade and Agriculture in Tripoli and the North, as well as a number of NGOs and municipalities. The conference took place on September 29, 2017, including an explanation of the objectives and details of the campaign.

120 women from 16 countries participated in a journey riding their bicycles across Lebanon under the title “Pedal for Peace”, with the aim to support the values of peace in the Middle East and to know more about peoples’ lives in the different Lebanese regions covered by the tour to convey the view to their countries, leading to practical steps through future cooperation.

The tour started from the northern city “Tripoli”, followed by the city of Byblos, then Shouf, Jizzine, Nabatiyeh, and the western Bekaa to Qaroun and then Baalbeck. It concluded on October 7 with biking tour from “Beirut by Bike” center in Down Town to the streets of Beirut ending at “Makhzoumi Foundation” in Mazraa-Barbour whereby the Foundation welcomed the participants with a remarkable reception, in the presence of Eng. Fouad Makhzoumi and the President of the Foundation, Mrs. May Makhzoumi.
In the evening, Mr. and Mrs. Makhzoumi invited for a dinner at Coral Beach Hotel in honor of the ladies, organizers and official sponsors of “Pedal for Peace” campaign.