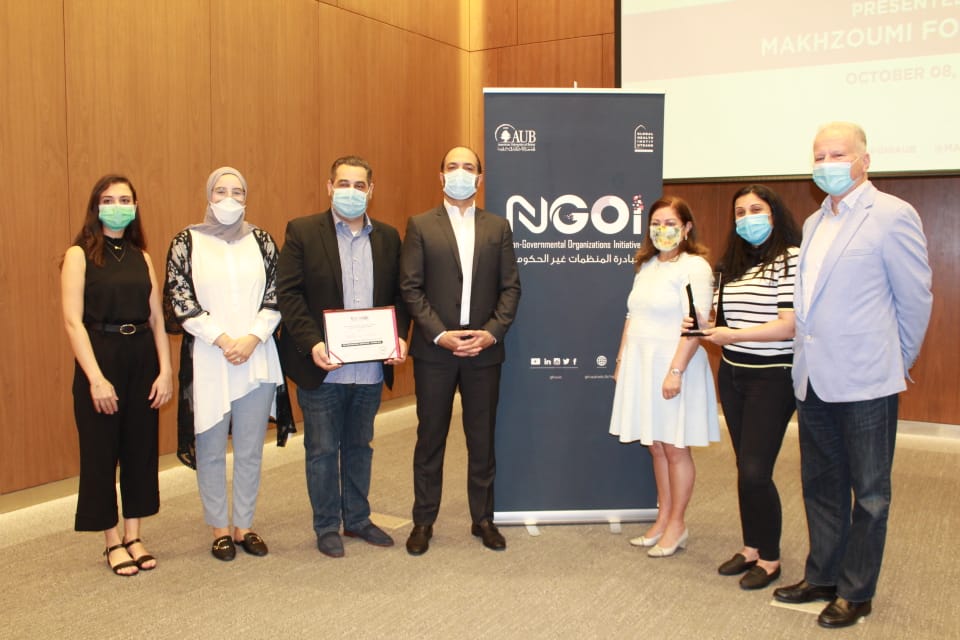 Makhzoumi Foundation obtained the accreditation certificate – the platinum level, from the NGO initiative at the American University of Beirut (AUB NGOi), as the first institution in Lebanon to obtain this certificate after conducting a full evaluation of all departments of the foundation, during which the requirements were successfully fulfilled.

The founding director of the Global Health Institute at the American University of Beirut, Dr. Shadi Saleh, praised the achievement of Makhzoumi Foundation, stressing the importance of such accreditations, which would make institutions raise the level of their services, preserve their status in the country, and open horizons for an advanced future. Saleh stressed the importance of the partnership between the NGO initiative and private academic institutions.

Makhzoumi: The achievement was achieved thanks to teamwork

In her turn, Makhzoumi Foundation’s president Mrs. May Makhzoumi, thanked the AUB NGOi Initiative for their work and efforts, and for honoring the Foundation, stressing that this achievement was achieved thanks to collective work and the commitment of all Makhzoumi Foundation administrators and employees to the highest professional standards. Makhzoumi concluded her words by promising that the Foundation will maintain its approach by providing the best level of services, and always developing them, in the service of the people of Beirut and Lebanon.

It is noteworthy that this certificate is not the first for Makhzoumi Foundation, as it has previously obtained several certificates of recognition from local and international organizations and evaluation companies, most notably the Social Responsibility Shield, the Excellence Award for Economic and Social Initiatives, and other certificates that the history of Makhzoumi Foundation abounds.