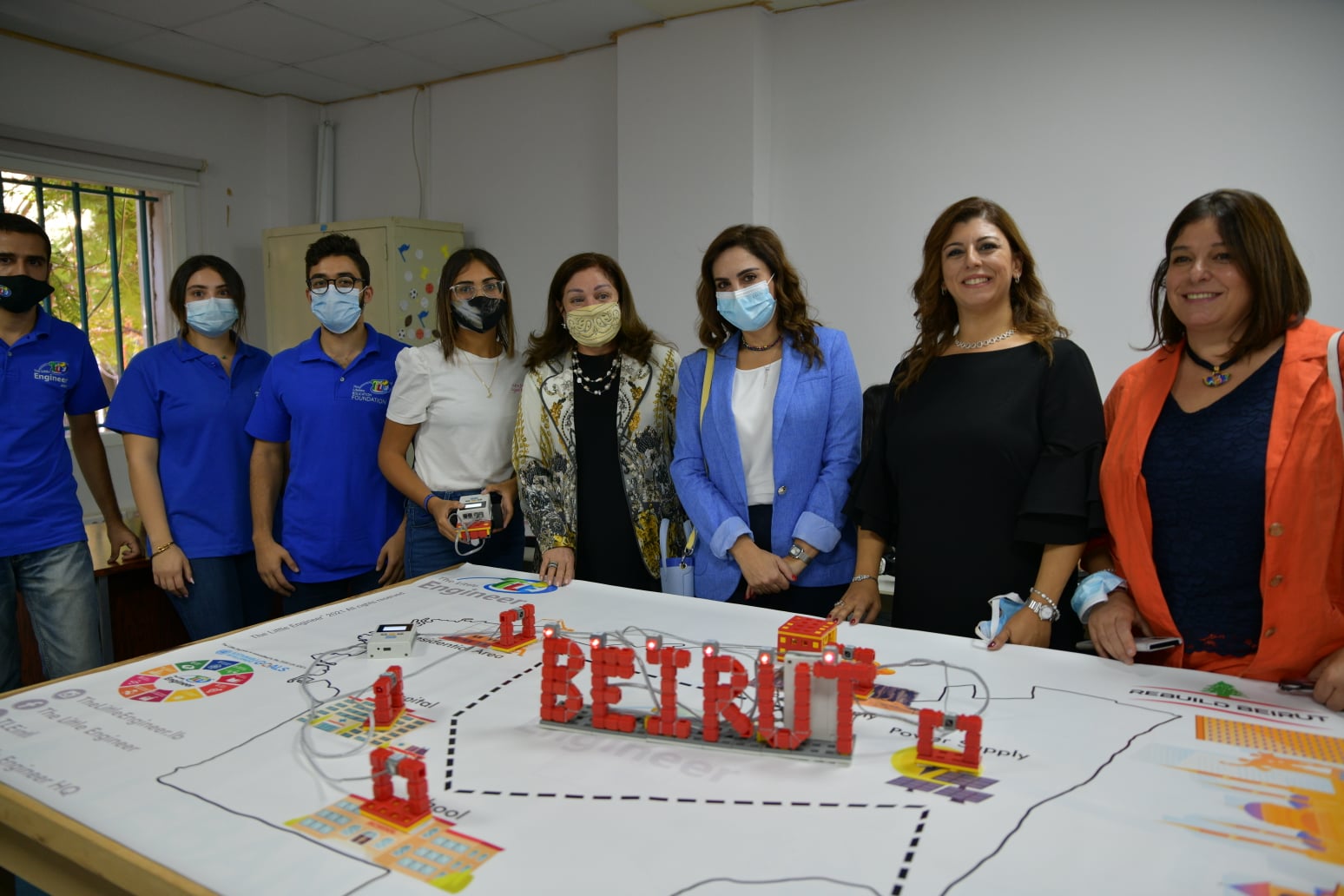 Stemming from the importance of education, and the importance of involving student energies in the reconstruction of the country to build a better tomorrow, The Little Engineer launched the Rebuild Beirut project, in cooperation with Makhzoumi Foundation, The Lifetime Education Foundation, and Makassed Association. This project aims to harness science, technology, engineering and mathematics, to serve Beirut and its reconstruction after the August 4 explosion, with the energy and innovations of its children and students.

The launching ceremony of the Rebuild Beirut project was held at Ali Bin Abi Talib School – Makassed, in the presence of the President of Makhzoumi Foundation and Member of the Board of Trustees of Makassed Association Mrs. May Makhzoumi, President of The Little Engineer and The Lifetime Education Mrs. Rana Shmaitili, and Adviser to the President of Makassed Association for Financial and Administrative Affairs Mrs. Reem Beydoun, The Director of Educational Affairs, Dr. Ghina Al-Badawi Hafez, the General Manager of the Makhzoumi Foundation Mr. Samer Al-Safah, the program directors and the Makhzoumi Foundation staff, school principals and members of the educational and administrative staff in Makassed, where its application will be followed in its other schools in Beirut.

The ceremony began with a speech by Mrs. Rana Sibbidin, in which she praised the robotics laboratory project that was completed three years ago in partnership with The Little Engineer and Makhzoumi Foundation, where the students won international awards.

Mrs. May Makhzoumi gave a speech that she started with the memory of her upbringing at Makassed schools, and its impact on her, raised on citizenship and morals. She continued about the importance of this project and its impact on students and the necessity of such initiatives to develop a sense of citizenship among the young women and men of Lebanon, and to overcome the pain of the August 4 explosion, the effects of the Corona pandemic, the economic plight and the migration crisis of Lebanese youth, and the conditions experienced by today’s generation compared to the conditions experienced by their families during the civil war, hoping we can get over any disagreement.

In turn, Mrs. Rana Chmaytelli explained about the Rebuild Beirut project, and gave a video presentation of the project, which aims to combine robotics and citizenship in order to make Beirut a sustainable city. In details, this project aims to teach and train school students on robotics, so that students program robots to complete multiple tasks, the main goal of which is to rebuild the city of Beirut… to build a better tomorrow.