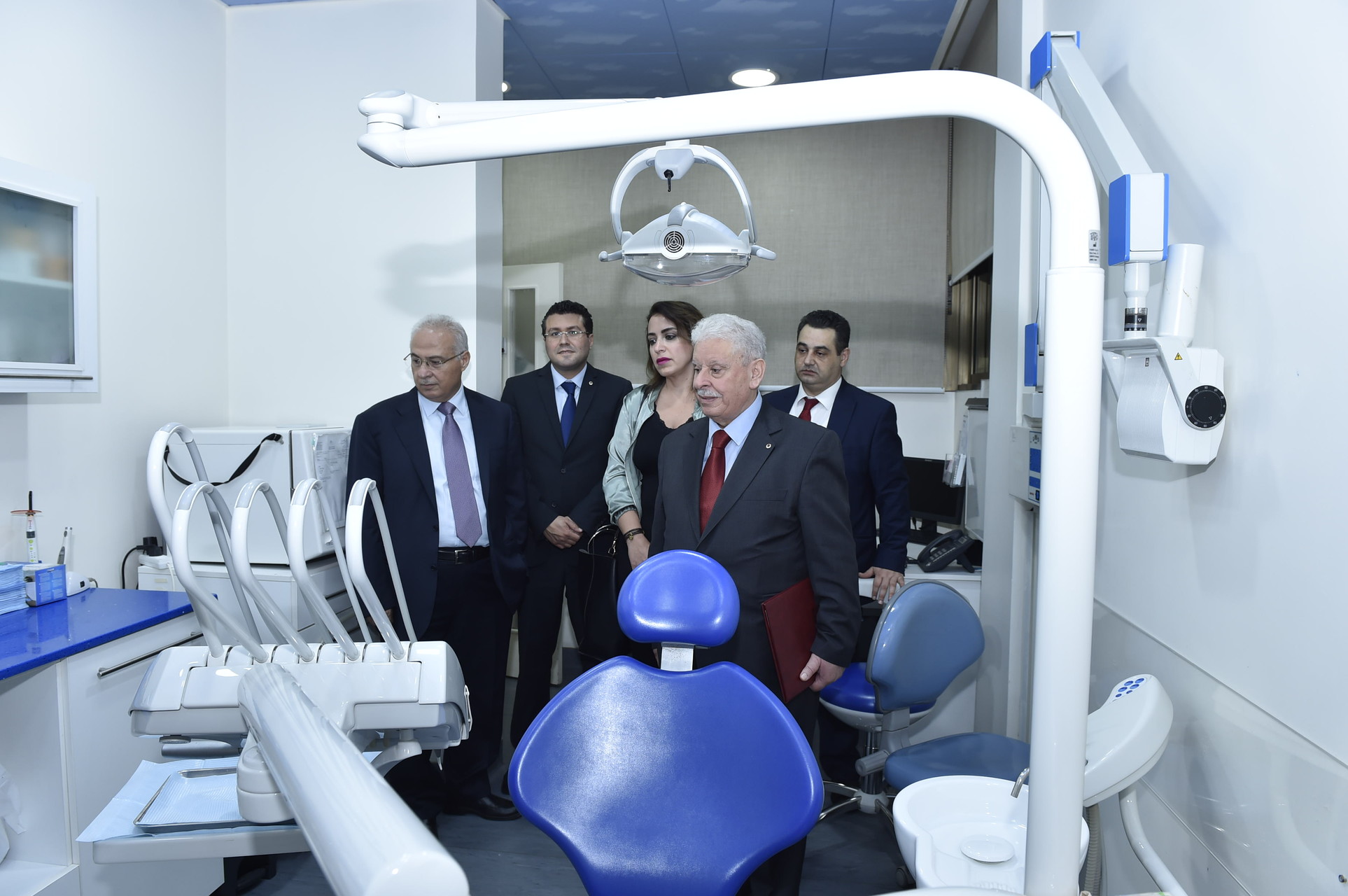 Beirut, the pearl of the Orient, the intellectual capital of the Arab World, the schizophrenic demanding city, vital and alive, a place where ideas and beauty flourished … and flourish still. The city that has been destroyed and rebuilt again seven times during its history. Today, Beirut regains its glory through civil societies like Makhzoumi Foundation.

Based on its core mission and commitment to provide quality education to all and top health care services for patients and its vow to support entrepreneurial ventures to ensure job creation for Beirutis, a cooperation agreement was signed between the Makhzoumi Foundation, represented by its President May Makhzoumi and the Beirut Families Union, represented by its President Mr. Mohamad Afif Yammout, in the presence of the Honorary President of the Foundation Dr. Fouad Makhzoumi, among social, civil and media personalities, in its headquarters building in Barbour.

An affable man with a vision to build and remake a country where all Lebanese people are united, Dr. Fouad Makhzoumi relies on the social work in achieving a wider political development.

“We count on our social, economic and developmental services as fundamental pillars to achieve political reforms and to emphasize our faith in this country and our adherence to it,” Makhzoumi said. “This cooperation unveils the values and traditions that the Beirutis were raised with throughout history with a vision to support each other nationally.”

Within its mission to follow-up on Beirut’s social and developmental issues with the goal to integrate and deepen the ties with the city’s inhabitants, president of the Beirut Families Union Mr. Mohamad Afif Yammout pointed out that “the Union works to coordinate with all institutions capable of serving Beirut and its people and to sign similar agreements with associations of public benefit for the future such as the Islamic Center and Makassed Hospital.”

Makhzoumi institution remains a significant leading model in community service throughout the history.

Mr Samer El Safah, the general manager of Makhzoumi Foundation said: “After twenty years of work done by the on the Beirut Families Union, the Foundation, and all the services targeting our beloved city Beirut, we meet today to exchange health, educational, humanitarian and social services,” noting that “this Foundation has been providing more than 3 million services to more than 650,000 people throughout its programs and centers distributed all over its governorates.”