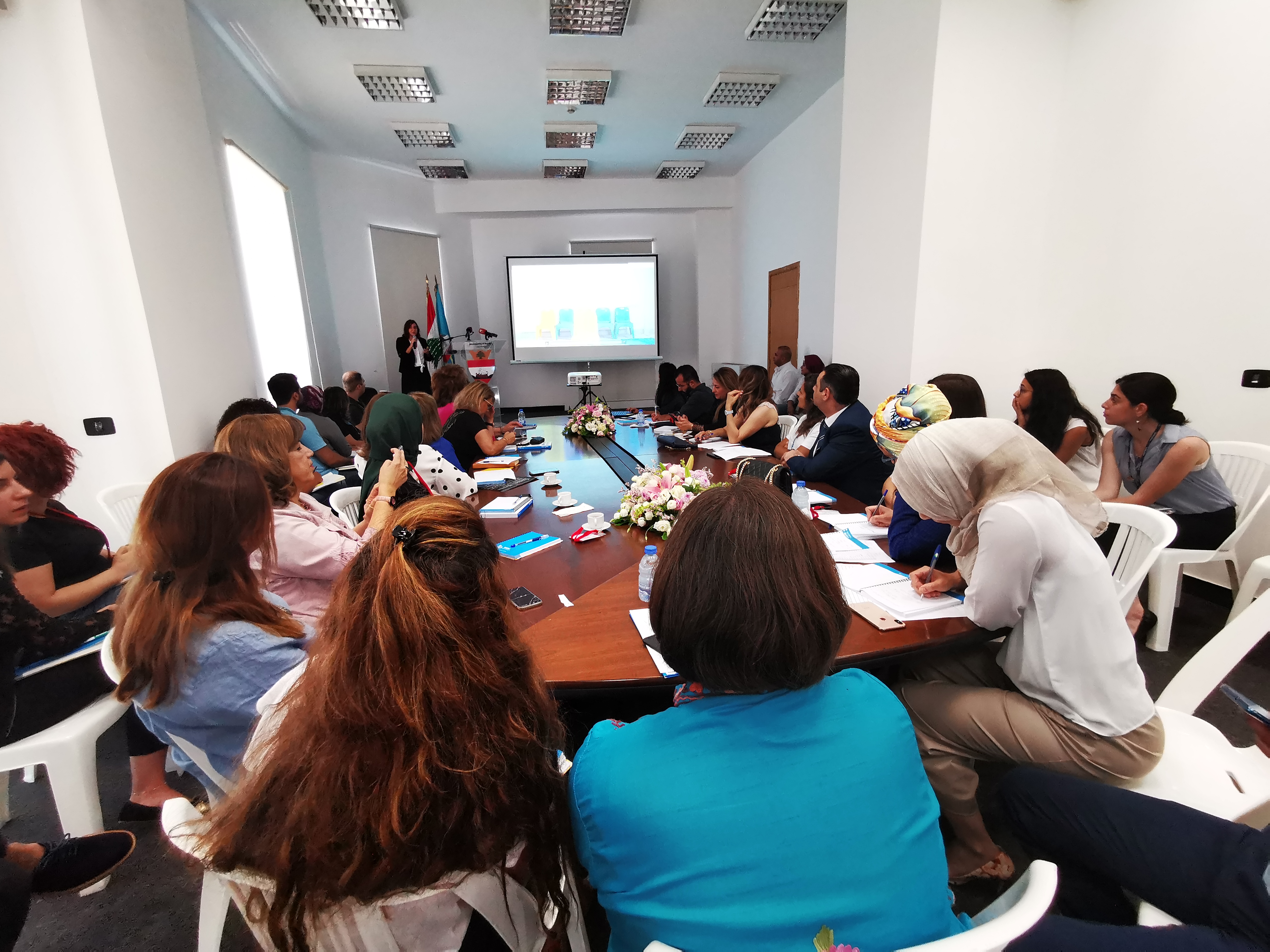 The phenomenon of street children is one of the most egregious violations of children’s rights; street children are children under the age of puberty who roam the streets most of their time. They may be homeless or have broken family ties, and exposed to some people who exploit them and send them to the streets for employment and trafficking.

As this phenomenon grew, and in parallel with the Fun Bus initiative, Makhzoumi Foundation participated in a round table organized by the Municipality of Beirut, in cooperation with UNICEF, on street children, to discuss a participatory action plan to address this phenomenon. Makhzoumi Foundation’s General Manager Mr. Samer Al-Safah, and Mr. Yousef Al-Tabesh and Nadine Mousa from the relief unit represented the foundation.

Representatives from Beirut Municipality Council, Beirut Governorate, UNICEF, Beirut Police, the Child Protection Sector in Beirut, a number of NGOs and activists, and journalists concerned with this issue participated in the round table.

The meeting discussed a number of topics, most notably the role of local government in children’s rights issues, the results of field follow-up of this phenomenon, and the programs of NGOs. Makhzoumi Foundation presented a project on the Fun Bus launched by the foundation with the support and partnership of the UNHCR and funded by the European Union, which aims to protect women and children, especially children working on the streets. The fun bus activities include literacy courses, Vocational training for young people aged 15 to 17, follow-up of social situations, and material and in-kind assistance.

At the end of the meeting, a number of practical recommendations were agreed upon by the Beirut Municipality through a participatory action plan.