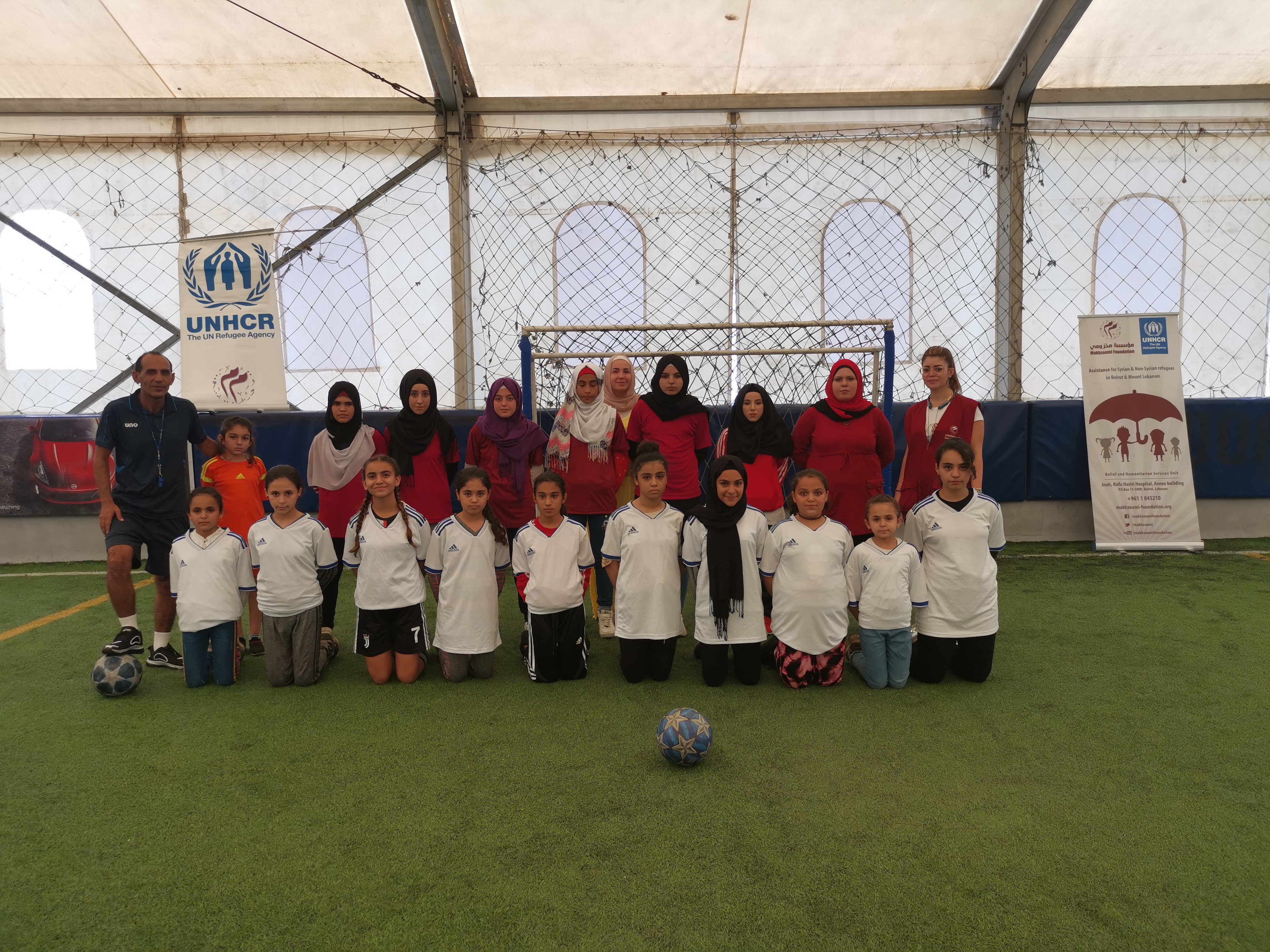 Sports has the power to change the world. It has the power to inspire & unite people in a way that little else does. It also speaks to youth in a language the understand, and it can create hope where once there was only despair

To improve the lives of female through sports, for what it has a substantial impact on young people, Makhzoumi Foundation led a football training for a group of 30 young women, over a period of 2 months, to teach them the principles of the game and give them the opportunity to become professional players, under a project funded by the United Nations High Commissioner for Refugees UNHCR.

Sports allows the targeted youth to develop social skills, and learn how to express their emotions while gaining confidence in their own abilities. It also affects their attitude, where they become more respectful and tolerant. Additionally, it increases the emotional well-being where youth, after ejecting all suppressed energy, will feel calmer, less afraid, and less angry and have higher self-esteem.

Also, spending time together with their peers doing sports will increase their socialization and the sense of belonging to a group. The activity targeted only girls and this will empower them and encourage them to develop more confidence, which will further defy the cultural norms that ban girls from achieving equality.

At the end of the training, two football teams were formed, consisting of Lebanese, Syrian and Palestinian girls. The two teams will later compete in local competitions and will be given a name.