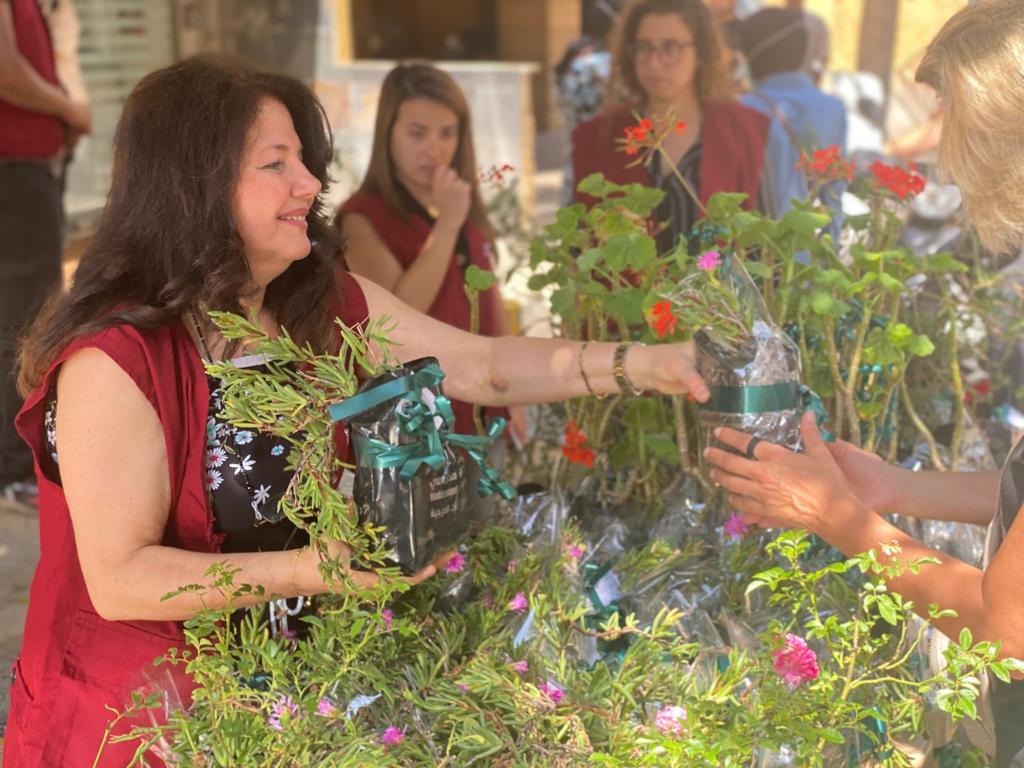 On the occasion of the “World Day to Combat Desertification and Drought”, which the world celebrates on June 17 of each year, the Environment and Development Program at Makhzoumi Foundation distributed saplings and aromatic plants, from its Nursery in Akkar, to the passers-by in front of the Foundation’s entrance in Mazraa – Barbour area, aiming to raise citizens’ awareness on the importance of this environmental day, and of facing drought together.

Previously in the same month, and in light of the “World Environment Day” on June 6, and the “World Day to Combat Desertification and Drought” on June 17, the Environment and Development Program team at Makhzoumi Foundation visited the Lebanese Ministry of Agriculture’s Nursery located in Abdeh – Akkar. And within its environmental mission and to regreen Qobayat area after the fire that broke there last year, Makhzoumi Foundation offered to the Ministry of Agriculture Nursery 2,650 plants of fruit and ornamental trees – from the Foundation’s Nursery in Akkar- to be distributed to the affected villages.