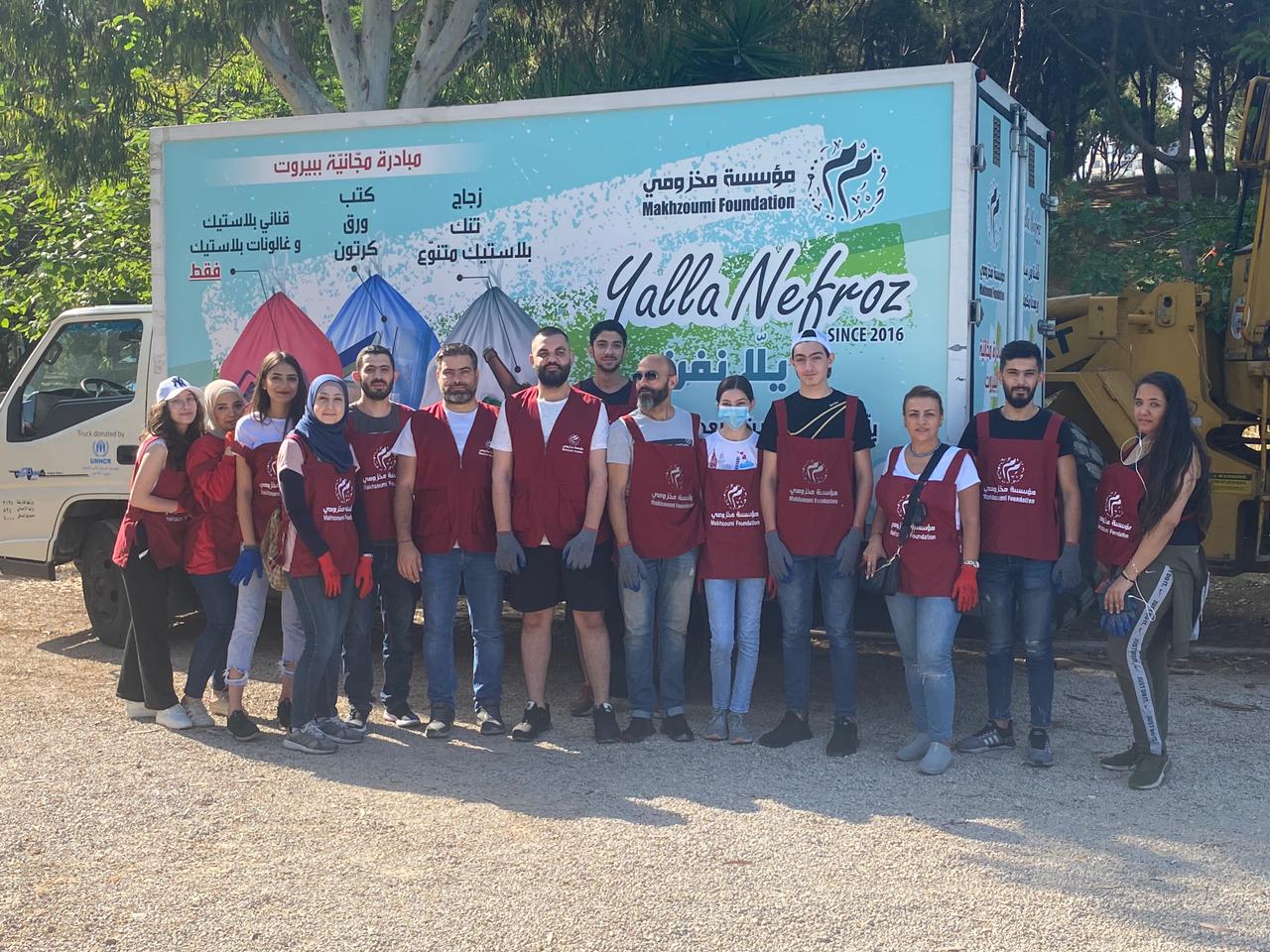 Because we don’t just want to respond to crises, we want to avoid them, prevention measures are better than corrective ones!

After Beirut Forest fires for the second time in 2022, a campaign to weed and grass the forest to avoid more fires, was launched under the patronage of His Excellency the Governor of Beirut, Judge Marwan Abboud, with the participation of Makhzoumi Foundation and a number of local associations, Beirut Fire Brigade and Beirut Municipal Guard.

Over two consecutive days, the volunteers carried out a campaign to clean and weed Beirut Forest. They removed waste that could cause fires, and removed dry weeds that serve as “fuel” for bushfires. Makhzoumi Foundation’s “Yalla Nefroz” truck helped transport the waste.