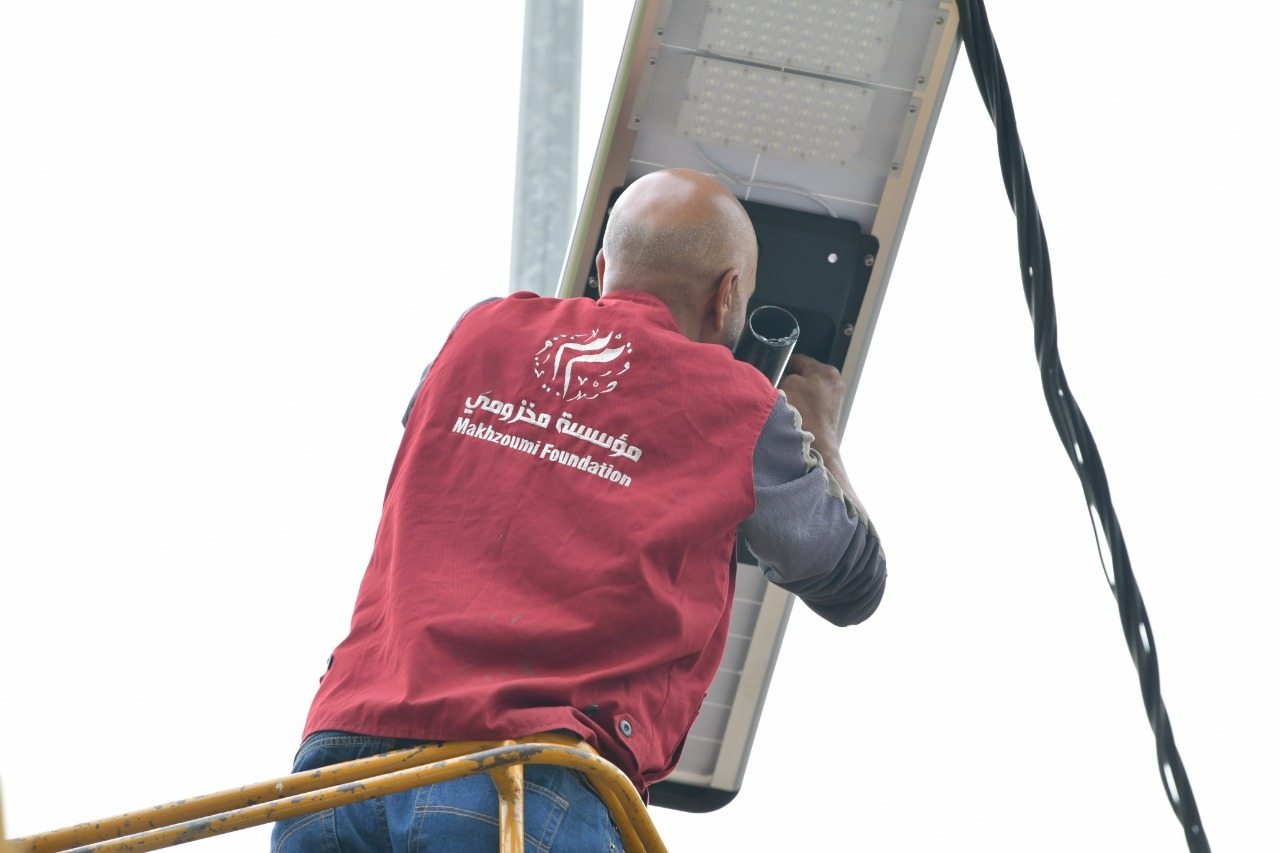 In response to the need of Beirut and its people, and in implementation of Makhzoumi Foundation’s approach to work to make Beirut a sustainable city, and in the absence of any effort from those concerned to find a solution to the darkness that surrounded the streets of the capital, violating its security and economy, Makhzoumi Foundation initiated a campaign to light the streets of the capital, Beirut, through solar panels, with a generous initiative from its Honorary President, His Excellency deputy Fouad Makhzoumi.

The campaign involved three phases. After the approval of the Municipal Council of the City of Beirut and the Governor, Judge Marwan Abboud, to accept the two unconditional donations presented by deputy Makhzoumi to light most of the areas and commercial markets in Beirut, the first phase was launched, which included Corniche Mazraa lane. Then the second stage was launched and included lighting all the main streets in the capital, most notably Al-Hamra Street, Barbour, Zrayk, Mar Elias, and Tarik Al-Jadida Street, which extends from Barbir Line to Ali Bin Abi Talib Mosque and from Sabra to Beirut Arab University Street to Abdel Nasser Mosque, and Beshara Al-Khoury. The campaign continued its phases, as the third phase was recently launched, which included the areas around Dar Al-Fatwa and the areas of Aisha Bakkar and Tallet Al-Khayyat, while the work is still ongoing.

In a related context, and as a translation of sustainability in its work, Makhzoumi Foundation, in conjunction with each stage, launched a campaign to clean and maintain the solar panels that were installed in previous stages, to maintain its maximum capacity, and to continue lighting the streets of our city.