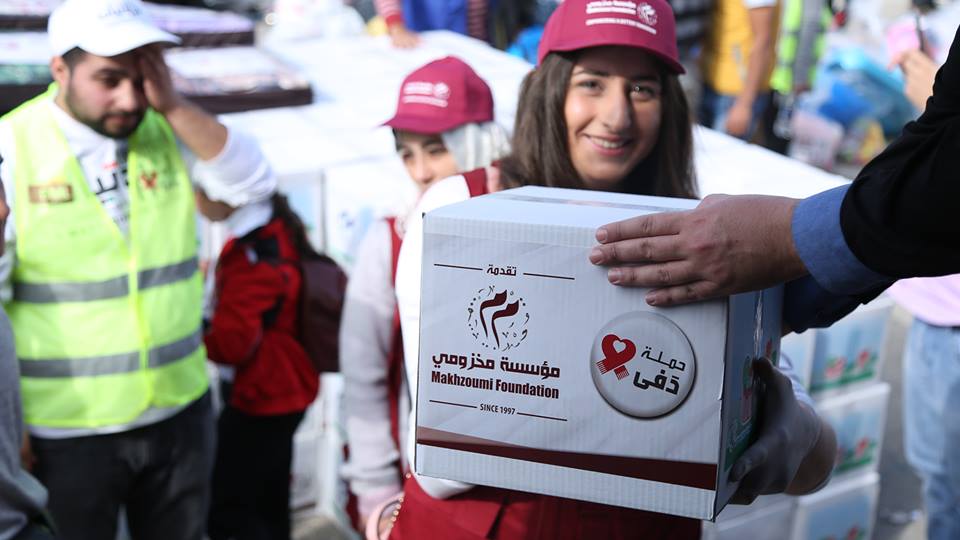 It was not a regular morning in Beirut the capital of Lebanon. If the news spoke about a warm morning, the good spirit emanating from the “Dafa Campaign” came to make the morning warmer for everyone who was present at the Martyrs Square. From all Lebanon, all nationalities, residents and displaced, elderly and young, gathered in the dress of humanity and began their day from 10 in the morning till 6 in the evening. Between those hours is a history of tenderness, love and good deeds under the motto “From Your good, Help Others” sponsored by BML Bank. The humanitarian event was crowned by the presence of prominent figures from the media, politics and press community, who, in turn, abandoned the dress of fame and wore the uniform of charity.

In its turn, Makhzoumi Foundation devoted its full logistical support to the “Dafa campaign” for the third consecutive year. The preparation was launched at the various branches of the Foundation since October. Makhzoumi Foundation has taken the slogan of the campaign to its full effort, in order to secure the needs of the vulnerable, especially with the advent of the winter season and the cold weather. The Foundation’s support focused on essential necessities such as clothing and footwear, canned foods, essential medicines, food, kitchen utensils and miscellaneous items.