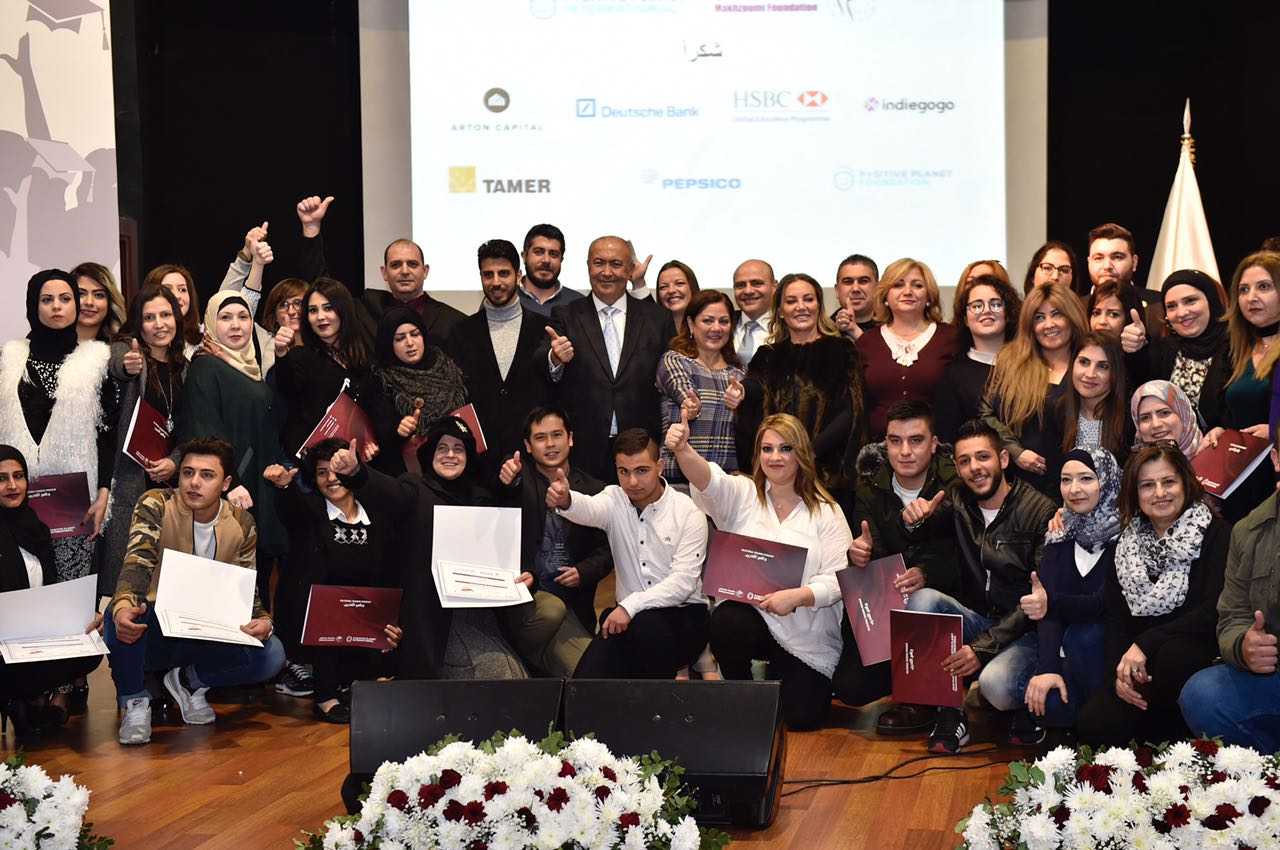 More than 380 students graduated from the vocational training program of Makhzoumi Foundation within the project “Economic Empowerment of Local Communities and Displaced in Lebanon” conducted by the Foundation in cooperation with Positive Planet.

A detailed presentation of the project shows the hard work in two years by recounting live stories of beneficiaries who participated in the project and obtained the loans that opened the doors for work in vocational professions to support their families.

The cooperation between Makhzoumi Foundation and Positive Planet was the best way to promote a joint training project that addresses how to deal with the needy communities as well as the hosting communities, especially since NGOs in the Arab world are now able to cooperate among themselves and fill the gaps that resulted from the absence of official administration. This project would not have been possible without the cooperation between the two organizations through a constructive vision. This model of partnerships is a positive addition in Lebanon and the region.

The French-based Positive Planet, headed by French thinker Jacques Attali, has worked with vulnerable communities to secure the future of their children and has focused on the Middle East region. The representative of Positive Planet, Mr. Dany Ibrahim, wished success to the graduates after two years and encouraged them to hold on to hope in the future.

The representative of the Ministry of Social Affairs thanked all those who contributed to the success of the initiative, which has grown with continuous support. “Since the onset of the Syrian crisis, we have been suffering from the poor handling of this crisis, which has made the vulnerable and the hosting communities in Lebanon, a victim at the economic and social level,” he said. He stressed that this project was designed to provide basic enabling needs for society and to have a primary responsibility for meeting and securing the personal dignity of the human being. He pointed out that the focus was on the support of non-governmental organizations.

In his speech, Dr. Fouad Makhzoumi stressed that the Makhzoumi Foundation has for twenty years been committed to providing social, developmental, educational and training services and focused on the empowerment of women and youth. “Helping the displaced is a social and humanitarian duty and we cannot forget that Syria opened its doors to the Lebanese during the July 2006 war and we are now working hard to prepare them and enable them with effective vocations when they return home. The partnership between Makhzoumi Foundation and Positive Planet aimed at training people and providing them with job opportunities”.