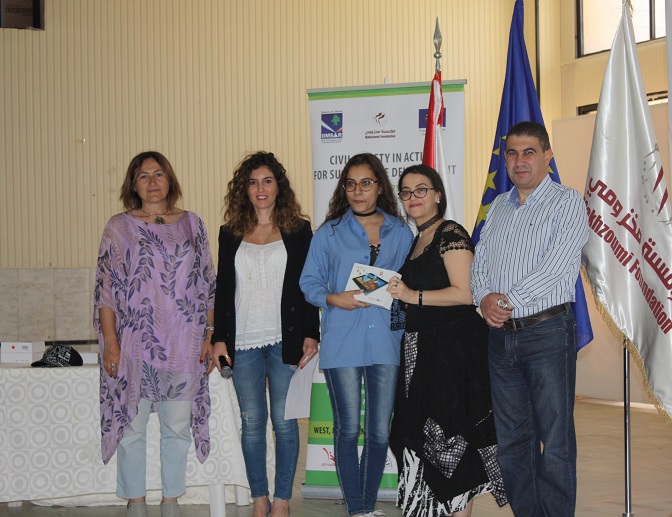 Makhzoumi Foundation, in partnership with Armadella (Italian NGO) & MIO-ECSDE (Greek NGO) & ALMEE (Lebanese NGO) and UNESCO National Committee, organized the award distribution ceremonies of the competition of the project “Civil Society in Action towards Sustainable Development” implemented by the Foundation and its partners in the framework of AFKAR III Program, funded by the Union European and managed by the Office of Minister of State for administrative development Affairs. The ceremonies took place in May 2017.

Thirty public and private secondary schools participated in the competition, especially in West, middle and North of Bekaa, addressing the issue of mitigation of carbon dioxide, whereby 1,200 students from participating schools, measured the carbon footprint, and made reports on the monthly consumption of different energy sources. In addition, 500 students from the 30 selected schools took part in a survey entitled “The response of the Lebanese youth to sustainable development “, with the main aim of detecting young people perceptions on the current issues related to sustainable development in their countries, as well as their vision for the future. The results of the study will be published later and distributed to those concerned in education in Lebanon.