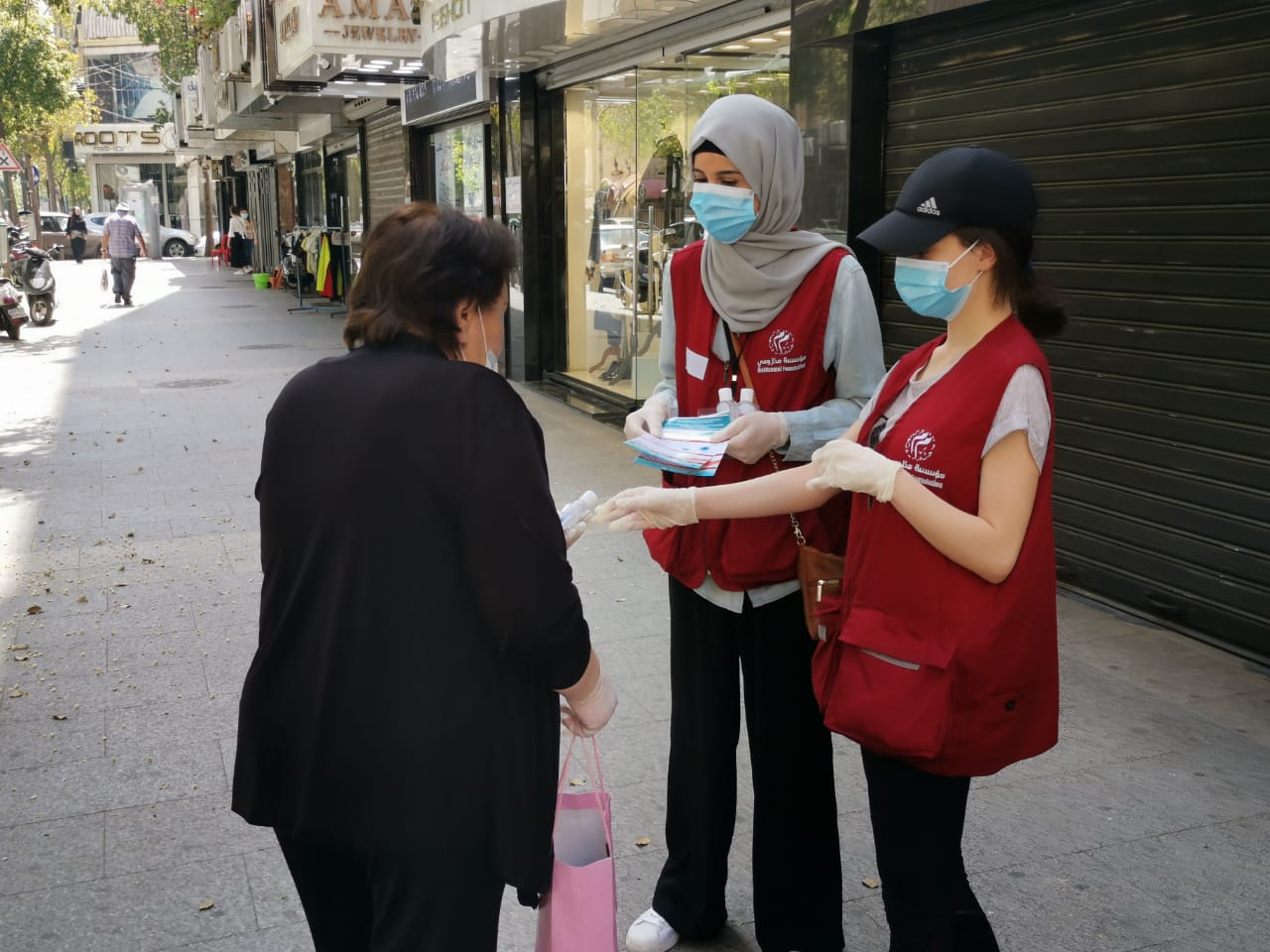 In light of the ongoing pandemic of Corona-virus, and with the beginning of the implementation of the stages of reducing the emergency state, it remains necessary to take utmost care and caution. And because we’re in critical stage, the crisis cell at Makhzoumi Foundation continued its various campaigns, launched since the beginning of the virus outbreak.

Makhzoumi Foundation volunteers organized an intensive awareness campaign that covered Barbour, Barbir, and Mazraa areas in Beirut. The volunteers explained to the citizens the importance of maintaining preventive measures through the use of masks and gloves, maintaining a safe distance, washing hands and sterilizing them continuously, not touching the face, and avoiding crowded places. The volunteers also explained what are the symptoms of infection with the virus, and the steps to follow in case of infection or suspicion of that.

Moreover, sterilizers were distributed to passers-by, to keep sanitizers with them and remind them of the need to sterilize hands continuously, to avoid catching the infection.

This campaign is not the first of its kind implemented by the Crisis Cell at Makhzoumi Foundation. Since the Corona virus spread in Lebanon, the staff has been active in implementing various health, social and charitable campaigns that include awareness, sterilization, examination, distribution of sterilizers, and the distribution of aid to homes in light of the suffocating economic crisis, whose repercussions worsened with the spread of the virus.