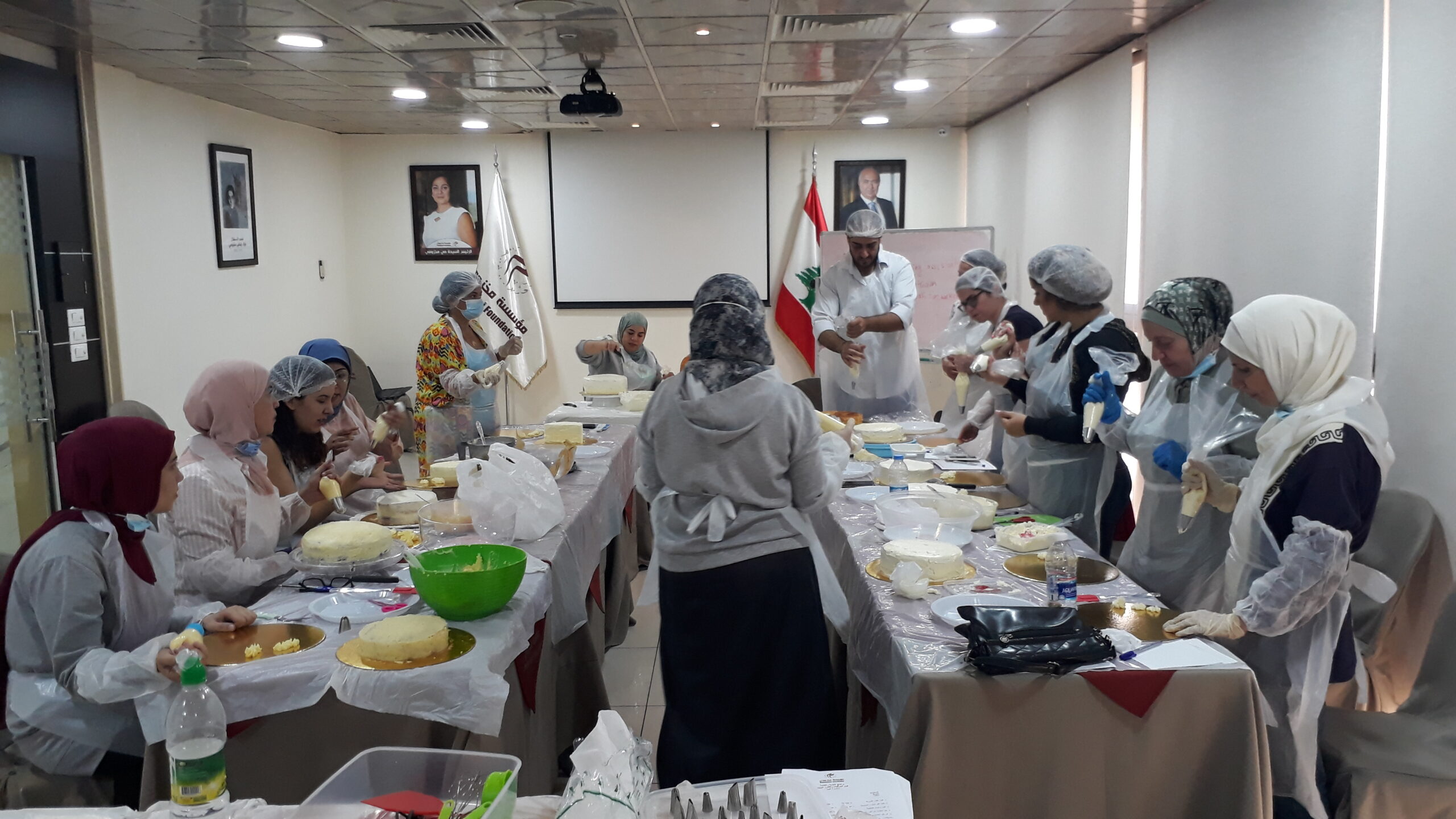 The Environment and Development Program team at Makhzoumi Foundation harnesses all its energies to develop the beneficiaries’ capabilities, to transform them into productive and financially independent individuals. The program also aims to encourage creativity, develop talents, preserve crafts, and empower housewives. In this sense, the program’s diverse courses continue throughout the year. September and October were two months during which training courses were crowded.

Several batches completed training on the principles of sewing and clothing repair, both at the first and second levels, and the participants expressed their admiration for the workshop, and expressed their desire to move forward in the field of clothing sewing.

Some of these courses fall within the framework of special courses that are limited to a specific person or entity, and the other section is available to all those interested.

And within our cooperation with other associations, Makhzoumi Foundation’s Environment and Development Program trained 20 female youth on Artistic sewing techniques, at its Mazraa Center, within the framework of “Yalla for Employment and Protection (YEP) Project, a joint project between Farah Social Association, ASMAE Association and Naba’a Association, funded by the French Development Agency and “Fondation de France”, aiming to support the youth affected by Beirut Blast.

“Cake baking and decorating with cream” method encloses many secrets; these were revealed by the workshop that Makhzoumi Foundation’s Environment and Development Program implemented, allowing the participants acquire a skill that helps them prepare and decorate the cake professionally, increasing its marketing chances and gaining consumer admiration and trust.

In addition to preparing macaron sweets on the French and Italian ways, it is one of a group of Arab and foreign sweets that the program is training on, and is highly sought after by professionals and amateurs.

New ideas presented by Makhzoumi Foundation in the field of handicrafts, allowing those who master them to enrich the market with a new product and an innovative idea, which increases the chances of marketing and benefiting from it. Among these crafts is embroidery on the stencil, a mixture of drawing and embroidery based on modern designs of accessories that keep pace with the times.

The Program also conducted a craft workshop for girls between ages 11 and 14, whereby they were trained to make Shambhala bracelets, various beads stranded with threads. To motivate the participants, the program held a competition for the best bracelet and the girl who made it won an award for her work. As well, all participants received a token gift made by Handy by MF.

Supporting The environment For A Sustainable World
20/06/2022