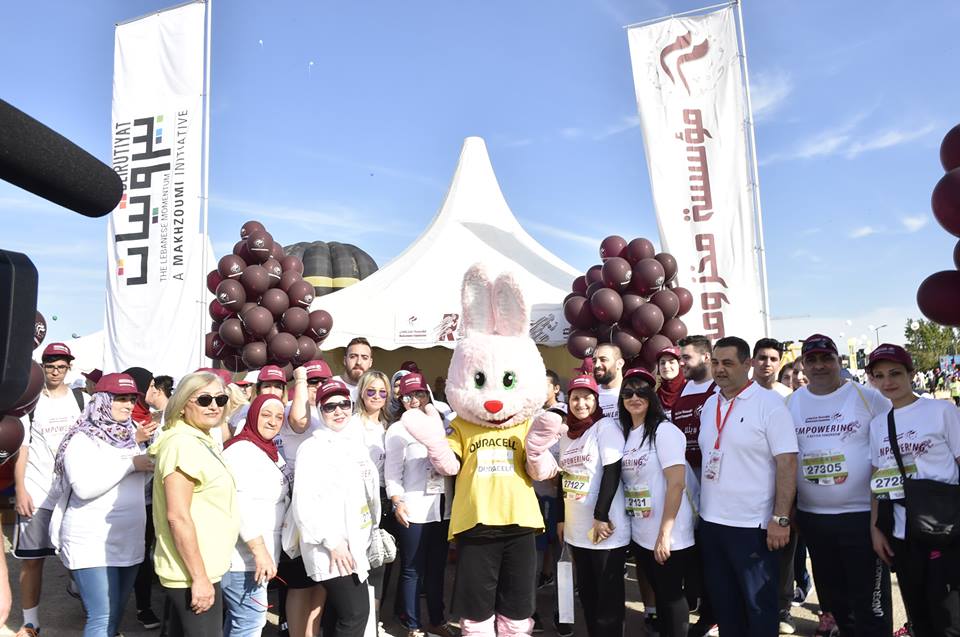 Organized by the Beirut Marathon Association, the annual event kicked off in the Lebanese capital at the Beirut Waterfront with the participation of more than 48,000 athletes from Lebanon and around the world under the slogan of “15 Years And We Shall Run.” In the presence of President Michel Aoun, represented by his wife, First Lady Nadia Al-Shami Aoun, Minister of Defense Yacoub Sarraf, Deputy Simon Abi Remia, UNIFIL Commander in the South General Michael Perry, Representative of the Director General of Internal Security Forces Major General Imad Othman Major Khalid Nasser, Beirut Mayor Jamal Itani, and the Director of the Beirut Marathon Association May Khalil among scores of personalities.

In her word, Khalil said, “We are here today to celebrate the 15th anniversary of Beirut Marathon, 15 years of giving, volunteering and spreading the culture of running and most importantly running for a cause, for peace and love”.

“I hope that Lebanon will emerge victorious from all the difficult circumstances that it’s facing through holding on our national unity that is manifested in such event,” Khalil stressed out.

Also, 188 Non-Governemental Organizations (NGOs) were presented to raise awareness for social causes most notable Makhzoumi Foundation in its mission to “Empower A Better Tomorrow.”

“I have been running the 21.1-kilometer marathon in Soweto, Johannesburg in 2014 and today I am running to emphasize the Foundation’s vision which is empowering for a better tomorrow” Positive Planet Francis Fraser recalls her first marathon.

Makhzoumi Foundation also participated in the Transmed Marathon Village in Mar Mikhael for three days before the race through the “Yala Nefroz” initiative, aimed at spreading environmental awareness and linking it to sports, which is an essential part of human health.