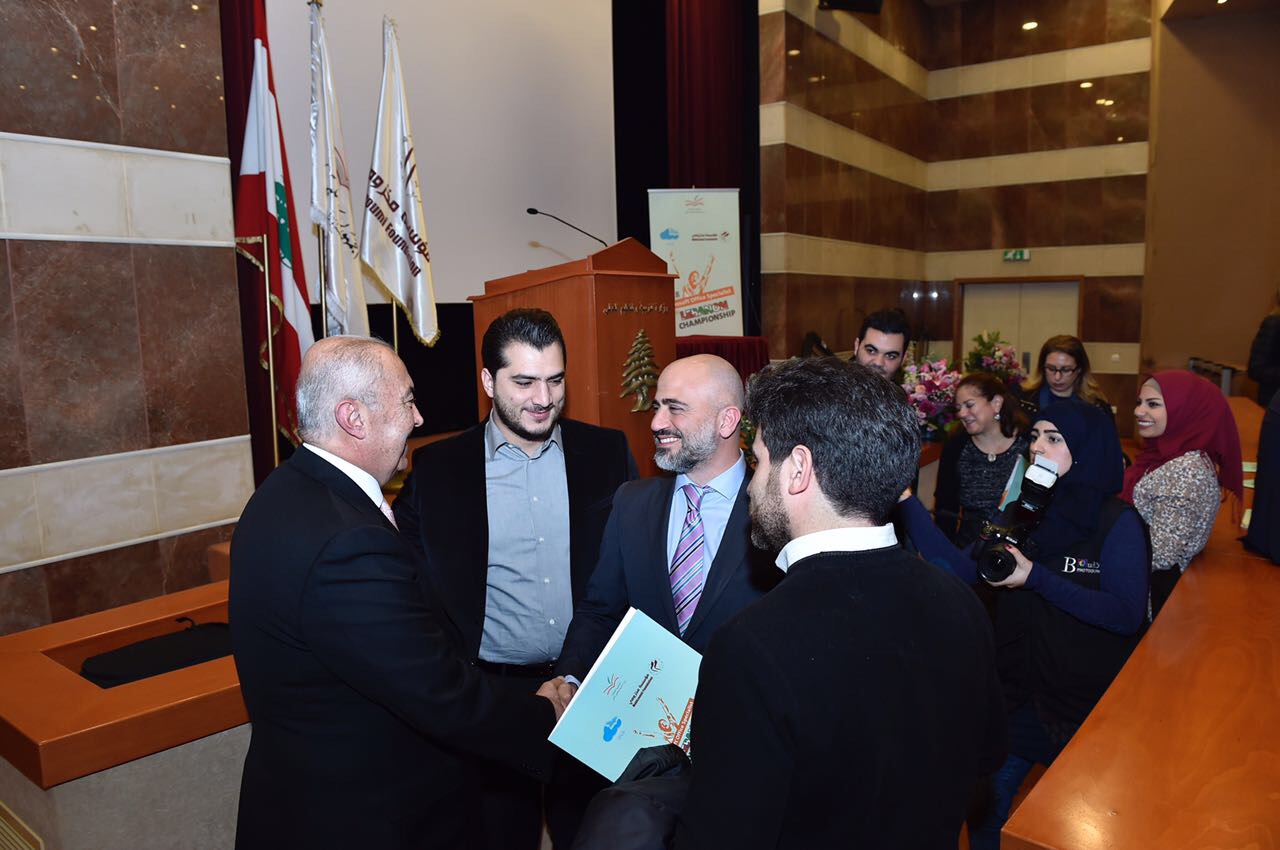 As a result of today’s reality, information technology has become a major influence in societies as it has become the key to building skills in the 21st century and is an essential tool in the promotion of equality and empowerment. The Microsoft Lebanon Championship, launched this year at its first session, is a new trend for institutions that support the empowerment of students in schools, institutes and universities through training programs that help broaden both academic and practical horizons.

The project “Lebanon Championship in Microsoft for Schools and Universities” was launched at the UNESCO Ministry of Education building under the patronage of His Excellency Minister of Education Marwan Hamadeh and in partnership with Makhzoumi Foundation, ITLS-LB, Certiport and Microsoft.

The ceremony started with the Lebanese national anthem and the Microsoft Lebanon Championship project was presented. “There is great importance of training and improving the skills of students and helping them achieve their goals by working side by side with them and supporting them in similar local and international projects,” said the vocational training program manager at Makhzoumi Foundation, Mrs. Malak El Hout.

The launching of this project confirms that informatics has become the way to a better life for all because it has made it easier to work on adapting appropriate education and resources to the abilities of students. The project is being launched for the first time in Lebanon after its inception six years ago in the world. It includes a final contest of 50 minutes during which participants will answer 35 practical tasks in a scenario format. All schools, academies and institutes were invited to help select the most qualified people who will represent Lebanon in Orlando, USA.

“Today, the trend is toward thinking about youth when they are still in school and preparing them for the job market,” said Microsoft’s manager in Lebanon, Mrs. Huda Younan, who spoke about the project.

The representative of Certiport, which is an organization that develops student capacity and provides certification in various areas in the software industry, spoke about the importance of the competition and the development of the capabilities of individuals and students in technology.

In her turn, the Director of the Joint Administration in the Ministry of Education and Higher Education Mrs. Salam Younis, presented the Minister Marwan Hamadeh’s speech and expressed the Minister’s interest in this project in light of the lack of education and the importance of working with the public and private sectors in the development of society.

At the beginning of his speech, Dr. Fouad Makhzoumi expressed his gratitude for everyone who is attending and participating in the launching of this project, stressing that “Makhzoumi Foundation is keen to cooperate with the Ministry of Education”. He stressed also on “the continuous work of Makhzoumi Foundation since its inception in 1997 in improving the situation of society in general and young people in particular, stressing the importance of providing new job opportunities and directing students towards specialization related to information and communication technology and adopting related teaching programs in universities. He also stressed that he “supports hand in hand all the young men and women participating in the competition and invites them to make all their effort to win the prize for the winners, which will benefit them greatly in terms of access to the latest technologies to keep up-to-date with technological development and investment and to develop their skills in this context and return to Lebanon because Lebanon is a treasure to work for”.