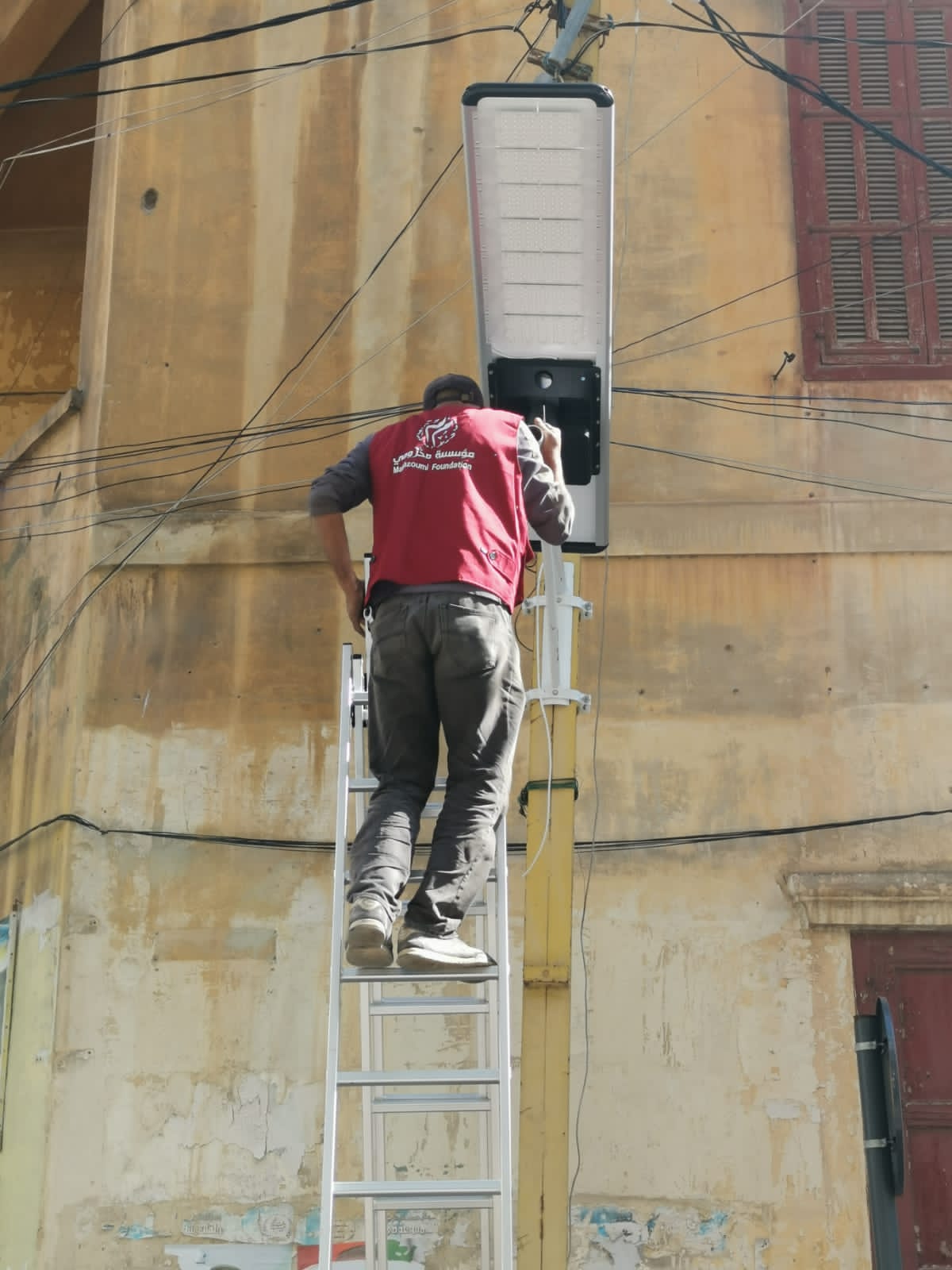 After the first phase, which included the entire Mazraa line, Makhzoumi Foundation’s initiative to light the streets of Beirut with environmentally friendly solar energy continues, with the support of its honorary president, His Excellency Deputy Fouad Makhzoumi, where solar lighting was installed in Mar Elias and Zureik Street in Mazraa, and initiated the installations in the areas of Bechara El Khoury and Hamra.

The first phase of the initiative included Corniche Al Mazraa Street, where solar-powered lighting was installed, after the approval of the Beirut Municipal Council and Governor Judge Marwan to accept the two unconditional gifts provided by Representative Makhzoumi to light most areas and commercial markets in Beirut.

This initiative comes within Makhzoumi Foundation’s approach to make Beirut a sustainable city, based on the United Nations Sustainable Development Goals.