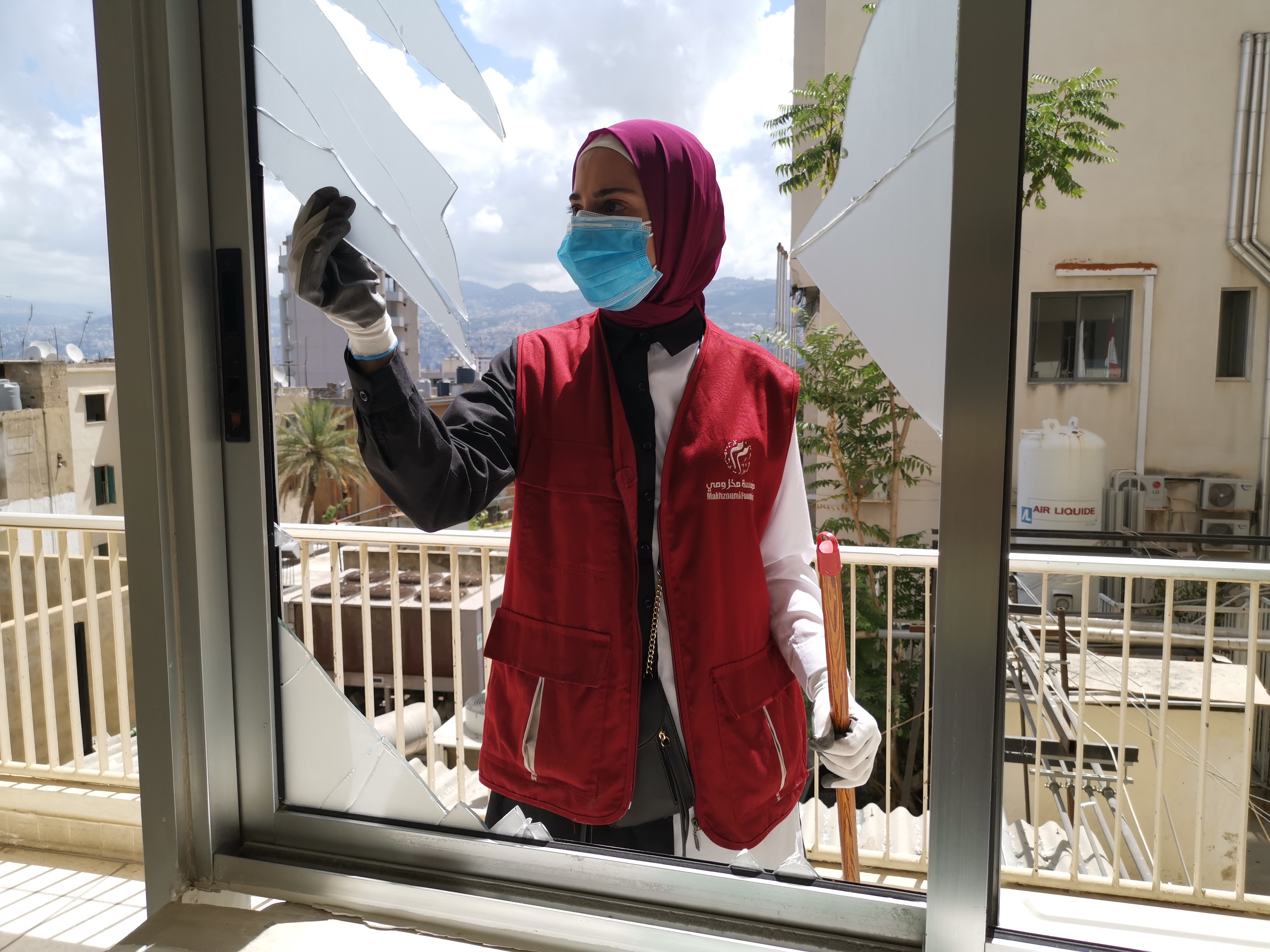 After the explosion of the Beirut port, a prominent scene imprinted in the minds of the Lebanese … solidarity and cooperation to help each other, under the heading of a broad line: We’re “All for Beirut”. Hundreds of young women and men from different regions gathered to wipe off the dust of destruction from their capital.

Also, volunteer teams were assigned to help clean up damaged hospitals and schools.

Makhzoumi Foundation established a hotline, through which it received dozens of requests, upon which they sent volunteer teams to help.

The field survey committee made inspection tours in the various affected areas in Beirut, and filled out thousands of reports counting the damage caused by the port explosion. The team of volunteers also cooperated with the Lebanese Red Cross, the Lebanese University task force and UNICEF to conduct a survey of homes affected by the Beirut explosion.

On a parallel level, from the first day, Makhzoumi Foundation set up a tent in Martyrs’ Square, to provide help and volunteering at the same time, and two additional tents in Mar Mikhael and Karantina. The initiative “My Bread Is Yours” has also moved from the foundation’s center to the tents, to be closer to the affected citizens. Makhzoumi Foundation helped distribute thousands of hot meals and food rations to the affected families in the areas surrounding the site of the explosion, provided by several associations.

The volunteers… extraordinary endeavor, young hands that will build a better future!